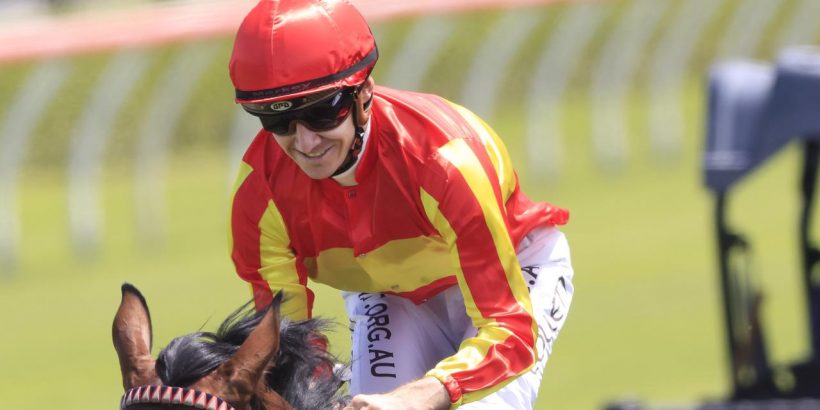 How long will we see Sniper ­Legend racing in Australia?

Thursday at Gosford could be the last opportunity for punters to see the exciting prospect when he goes around in a Benchmark 64 ­Handicap (1100m).

The Capitalist two-year-old is owned by Bon Ho and will race in his red and white colours as he looks to record back-to-back ­triumphs.

Hawkesbury trainer Matthew Vella is enjoying looking after the young horse but if he only has him for three runs before he heads overseas then he’s done his job.

“He’s a horse that would suit Hong Kong better and he may head over there because he’s owned by Bon Ho, who is based over there,” Vella said.

“If he wins this race he might even go to Hong Kong after it and I’m hoping that’s what happens.”

Sniper Legend ran second on debut at Wyong in January before being put away for a short spell.

It did him the word of good because he came out and won with ease at Hawkesbury three weeks ago when produced fresh.

He led that day after being ridden cold on debut and Vella wants Jason Collett to adopt similar tactics at the tight-turning track with a short straight.

“He’s done really well since that win and I gave him a good freshen up between runs and he’s over the top and needs to go around,” Vella said.

“On debut he drew sticky and there was just too much speed inside him so Kerrin McEvoy elected to drag him back.

“He jumped well the other day and at Hawkesbury there’s quite a long run into the turn which will be the same at Gosford.”

Vella thinks Collett will find the back of one or sit one out, one back and be stalking the leader as the round the turn. Stoical looks to be Sniper Legend’s main rival and he will also push forward but carry 4kg more than his rival.

“He doesn’t have to lead. It was just the way the race panned out the other day,” Vella said.

I’d like to see him be positive again but we won’t be getting into any speed battles just to prove a point.

“It’s an advantage to be positive at Gosford and any bit of speed that’s in the race has drawn around us so they’ll all be cruising up ­together.”

Vella has kept Sniper Legend to 1100m on purpose.

He just wants to give him one more run at today’s trip before testing him over slightly further which will open up plenty more doors.

If he runs in the top three on Thursday and doesn’t go to Hong Kong, punters will get to see him in couple of weeks in town.

“If he runs well in this race he can go to a two-year-old race in a few Saturdays.

“He’s definitely got city grade about him.”

Local trainer Peter Sinclair believes the conditions of Thursday’s Open Handicap (1200m) at Moree will give Liberty Head the edge over stablemate Beacon.

That’s despite Beacon being rated 13 points higher than Liberty Head and drawing barrier two while his stablemate is out in seven under Blake Spriggs.

“In the back of my mind I always thought Beacon was a touch better horse but I don’t know if I can say that now,” Sinclair said.

“They’ve met three times and Liberty Head has beat him home every time. If you turn their weights around you’ll find the results might be different, though.

“There’s not a lot between the two of them on the track so I expect them to both race well.”

When asked which of the two the punters should be on, Sinclair didn’t take too long to answer.

“I’d pick Liberty Head because the track is supposed to get hit by a shower of rain before the race and he’s a better horse on the softer going than Beacon,” Sinclair said.

“Beacon is a big, old heavy horse who likes it on top of the ground. If it was a Good 4, I’d probably say he was my best chance.

“I’ve freshened up Liberty Head because it was either put him in the paddock or try and get him ready for the Moree Cup in September.”

Blake Spriggs will be aboard Liberty Head in Thursday’s Open Handicap at Moree. Picture: AAPSource:AAP

Sinclair has a big team going around on Thursday and is confident in the third race with two horses.

“I like Easier Said, who will be a nice filly going forward,” he said.

“She might want further than 950m but it could be wet and I didn’t want to take her to 1300m because it might be a bit too tough fresh so I think she’ll run a nice race.

“Zorra will want further and she’ll win races in the future. This is going to be a good education run for her.”

In the fourth he feels Scout is his best hope.

“Scout will run a nice race even though it’s a touch short,” he said.

“Ah Well doesn’t know how to run a bad race and she’ll try her hardest again.”