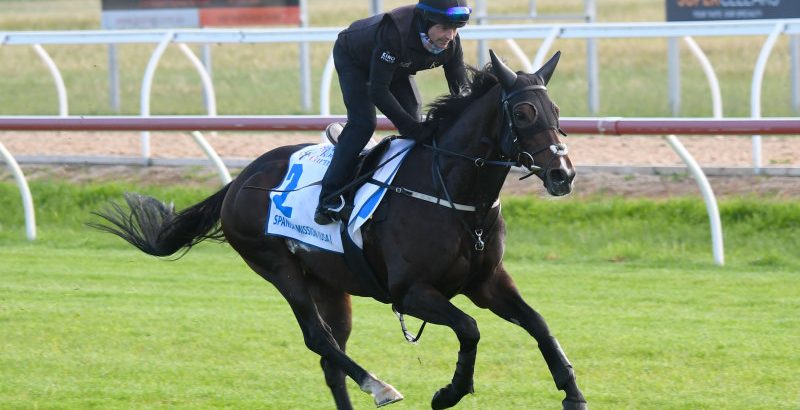 But that still left plenty in the war chest for him to splash out on another high-profile purchase in Spanish Mission, the horse that ran third behind Verry Elleegant last week.

The ownership group headed up by Sokolski, Ozzie Kheir, Jonathan Rosham and a number of their friends has bought the former European stayer and placed him with Peter Moody, where he will be trained for next year’s Cup. 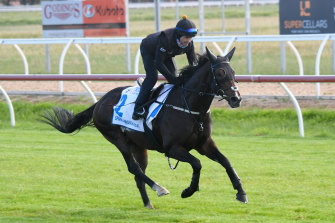 Spanish Mission is likely to be aimed at the Zipping Classic at the end of the carnival, it is understood, before being freshened up and set for high quality staying races such as the Tancred Stakes in Sydney during the Championships.

“He is a quality staying horse, and we think there is still plenty of upside and some great opportunities for him in this country, races like the Tancred [a 2400-metre weight-for-age group 1 race] in Sydney and the cups next year depending on the weights,” Kheir said.

Moody has shown in the past that he can vary the training programs of European horses hitherto regarded as dour staying types and inject some speed into their legs.

Manighar is just one example, winning several Australian group one races at 2000 metres and finishing second in the 1600-metre Makybe Diva Stakes after coming to Melbourne to join Moody. He had started his career with Melbourne Cup-winning trainer Alain De Royer-Dupre at Chantilly near Paris before moving to Luca Cumani at Newmarket, for whom he first contested the Melbourne Cup and Caulfield Cups in 2010.

Like Spanish Mission, Manighar had earlier in his career run in the 4000-metre Ascot Gold Cup, so Sokolski and his colleagues will be hoping that Moody can work a similar alchemy with the six-year-old son of Noble Mission, a full brother to the champion racehorse and sire Frankel, and make him competitive at shorter distances than the marathons he is used to running in Europe.

Moody, who has made a hugely successful return to the training ranks in recent seasons, is also the trainer of Incentivise, who carried Sokolski’s tartan colours into second place behind last week’s Cup heroine. Sokolski, Kheir, John O’Neill and a group of investors also have a stake in Incentivise.

Their domination of the big middle distance and staying races over the autumn and next spring now looks set to continue although Incentivise is likely to have a light preparation following his exertions this spring, when he won three group 1 races including the Caulfield Cup before his slashing effort in the Melbourne Cup under 57 kilograms.

“He’s in great order, all scans and X- rays came back clear,” the trainer told the Moody on the Mic podcast.

“He is showing the wear and tear of a very long, sustained campaign over the last 13 or 14 months,” he said.

“I would suggest, I haven’t spoken to the ownership group at length, he will be having a very light autumn campaign and all roads lead to the spring of next year.

“He would be too late for the Melbourne autumn, but whether he has a cameo in a Sydney autumn or Brisbane winter I am not sure. Everything is on and off the table at this point in time.

“The one thing I will guarantee is that he will be ready for the spring of next year.”