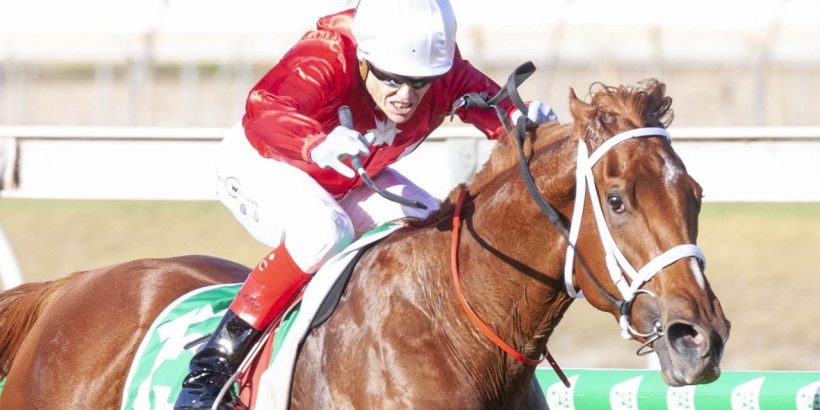 Rising star Instant Celebrity ($9) has almost booked her ticket to The Goodwood in two weeks after a stunning win in the 1200m Group 1 TAB Classic (Robert Sangster Stakes) at Morphettville.

Trained by Phillip Stokes (sixth Group 1 winner) and ridden a classic by champion jockey Craig Williams, the three-year-old filly sat worse than midfield on the rail, needing a touch of luck nearing the straight.

But Williams got the run after following favourite Mizzy and charged through a gap to set up victory from Subpoenaed, Rubisaki and Pretty Brazen.

Stokes said it was a huge thrill to win with the horse and in a Group 1.

“It went to plan. We were sorted of disappointed with its first up run (fourth) but Craig (Williams) gave it a top ride (today),’’ Stokes said.

“She will likely go to the Goodwood after that but we will see.’’

Instant Celebrity has now five wins and a third from seven starts.

See You In Spring showed her class to lead throughout to take out the 2YO Listed Without Fear Stakes, giving jockey Luke Currie and trainers Trent Busuttin/Natalie Young an early winner.

Well supported at $3.20, the rising star maintained her unbeaten run to beat Silent Theory and Translation.

Instant Celebrity takes the Robert Sangster for @pstokesracing after a gorgeous ride from @CWilliamsJockeypic.twitter.com/ZDMguZoZAA

Currie was back in the winner’s circle when he piloted the Danny O’Brien trained Wyclif to victory in the Listed Port Adelaide Cup over 2500m.

Converging was an improved run to finish second while the favourite Silent Sovereign went from having a perfect run to getting caught up in traffic, charging home for third when the race was over.

The race was marred by the falls of Pelonomena (Jess Eaton) and Exalted Fire (Dom Tourneur) with both horses and riders escaping serious injuries, although Eaton was taken to hospital for possible scans on her legs.

Trainer O’Brien was back in the winner’s circle in the first of the Group 2 races when Fabric ($3.20F) won the 1600m Queen of the South Stakes.

Champion jockey Craig Williams showed all of his class to get the top fancy home, holding out the promising Shop Til I Drop with Maximak snaring third money.

Williams also won the last race on Lady Dunmore to bring up a treble.

Savatoxl bounced back to winning form when it led most of the way to stylishly take out the Group 3 McKay Stakes over 1100m. Ridden a dashing race by Barend Vorster the Tony/Calvin McEvoy-trained 5yo held out the charging favourite Pandemic with Street Life taking third money.