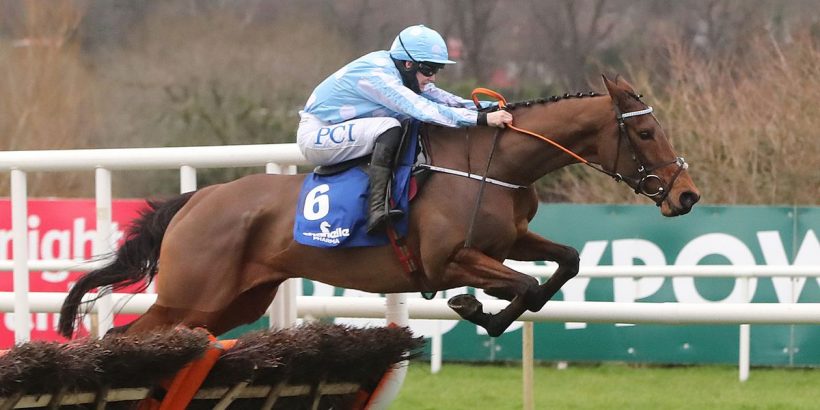 The Cheltenham Festival takes centre stage on Tuesday with the Champion Hurdle as its first feature race – and the 2021 renewal looks set to be a treat.

The unbeaten Honeysuckle and last year's winner Epatante head 14 confirmations for the Grade 1 spectacle, which also features the likes of Goshen, Silver Streak, Sharjah and Song For Someone.

The two-mile race is made for the fastest hurdlers in national hunt racing – and the ability to travel well at speed and hurdle without losing momentum is paramount for winning.

A string of legendary horses have landed the race including three-time winners Istabraq, Hatton’s Grace, Sir Ken, Persian War and See You Then. The likes of Annie Power, Faugheen and Hurricane Fly have claimed glory in more recent years.

Here, we take a look at some of the main contenders for the standout race on the opening day of the festival…

33-1 Song For Someone, Jason The Militant

Who are the key contenders?

Honeysuckle , currently listed as the favourite to win the race for Irish trainer Henry de Bromhead, is in pole position to steal Epatante's crown.

In a nutshell, Honeysuckle has the ideal mix of speed and stamina needed to win the Champion Hurdle – and the 7lb mares' allowance she receives is an added bonus.

In imperious fashion, the seven-year-old has won her last ten races in a row, including an impressive success in the Mares' Hurdle at last year's festival.

Meanwhile, her latest win in the Irish Champion Hurdle in February was an exceptional performance and she is, without a shadow of a doubt, the one to beat.

Epatante is aiming to become the 14th horse to win successive Champion Hurdles – and she holds a good chance of achieving the feat.

The seven-year-old landed a major gamble as she sprinted clear in the closing stages to win the Champion Hurdle in impressive fashion at last year's festival.

However, that was a year ago and, last time out, she was well short of her best when beaten by Champion Hurdle rival Silver Streak in the Christmas Hurdle at Kempton.

The mare will now have to put that disappointment behind her – having not been seen on a racecourse since – and look to give Nicky Henderson his ninth win in the race.

Goshen is on a recovery mission at Cheltenham, having crashed out at the final flight when well clear in last year's Triumph Hurdle.

Gary Moore 's charge ran a shocker at Cheltenham in December, but recently bounced back in style with a wide-margin victory in the Kingwell Hurdle at Wincanton last month.

However, that was a Grade 2 event, and the suspicion remains that Goshen lacks the quality needed to win a Champion Hurdle.

Statistically, five-year-olds have a poor record in the race, recording just three victories since 1976 – and it would come as a surprise if Goshen is able to improve that record.

With the Cheltenham Festival only just around the corner, we are giving you the chance to sign up to our free updates ahead of one of the biggest weeks in racing.

Racing Digest will give you daily updates around all the big stories – including tips, offers, results and much more. To sign up, simply put your email into the box below, and we'll do the rest. You'll also receive plenty of tips and info outside of Cheltenham too… after all, the Grand National isn't far away either.

So get signed up, join our club and get ready for the inside scoops on the greatest week in jumps racing.

Silver Streak , third and sixth in the past two runnings, is a legitimate contender for Welsh trainer Evan Williams.

But the Glamorgan trainer knows too that if the rain stays away, Silver Streak's chances of doubling his Grade 1 tally – following his victory from title-holder Epatante in Kempton’s Christmas Hurdle – will be vastly increased.

A very wet January and early February would hardly have played to Silver Streak's strengths in any prep races and although some more rain is forecast this week, the recent dry spell has left the Cheltenham ground bordering on good in places.

Sharjah chased home Epatante in last season’s renewal – and trainer Willie Mullins is hoping for another big run this time around.

Mullins will have to do it without the assistance of regular rider Patrick Mullins because of the current ban on amateur jockeys in Britain.

The eight-year-old was comprehensively beaten by Irish counterpart Honeysuckle at Leopardstown on his last outing and it will be tough to turn that form around.

What are the quickest Champion Hurdle times?

These are the top three quickest run Champion Hurdle over the last 20 renewals:

Where have the winning runners come from?

Here are the countries where the winning trainers of the Champion Hurdle have been based:

IRE 11 winners with an additional 15 placings from 100 runners

GB 9 winners with an additional 23 placings from 151 runners

FR 0 winners with an additional 2 placings from 6 runners

GER 0 winners with an additional 0 placings from 1 runner