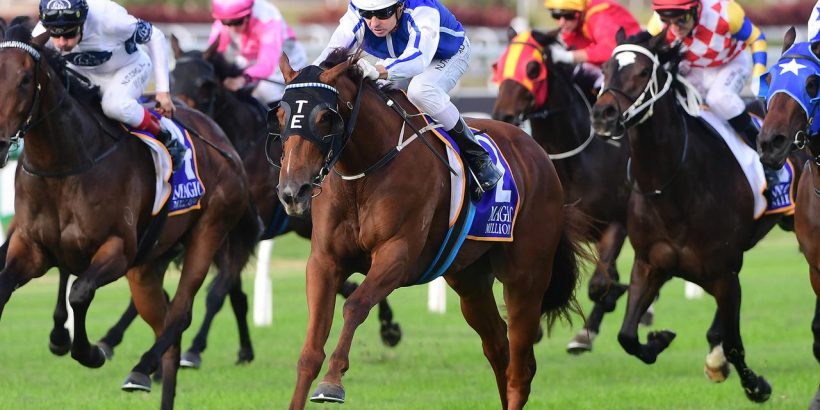 Top Queensland mare Vanna Girl makes a low key return as she starts a trek towards another chance at Group 1 glory on Saturday.

Edmonds felt she would be better suited at the longer trip as she heads to assignments up to 2000m.

The COVID-19 pandemic meant the Queensland Oaks was abandoned denying her a chance at a home state Group 1 success.

Edmonds took Vanna Girl south in the spring where she had five starts with her best effort a third in the Craven Plate at Randwick.

However, she did show she was up to Group 1 class when an unlucky ninth beaten two lengths in the Empire Rose at Flemington.

Edmonds gave Vanna Girl a good break with the aim of attacking the late Sydney autumn carnival and Brisbane winter.

“After Saturday she will either run in a 1350m race at Doomben or in 1500m race in Sydney,” Edmonds said.

“Then all being well she will tackle the Group One Coolmore Legacy (on April 10) at Randwick. In the winter she will possibly aim for the Group Two Hollindale Stakes and Group One Doomben Cup in May.”

Edmonds has no doubt Vanna Girl is a Group 1ne standard mare but his first problem will be a likely rain affected track on Saturday.

“Vanna Girl didn’t have a lot of luck in the south and was the victim of a couple of ordinary rides,” he said.

“But she has never raced on a soft or heavy track so we will see.”

Edmonds will be in Melbourne on Saturday to saddle The Harrovian in the All-Star Mile at Moonee Valley.

“He has done well since his first up run in Melbourne. He got squeezed up in the straight but hit the line well,” Edmonds said.

“The All Star Mile is a hot field with some Cox Plate horses. I just wish it was a handicap on Saturday as under the race conditions we meet a lot of these badly at the weights.”