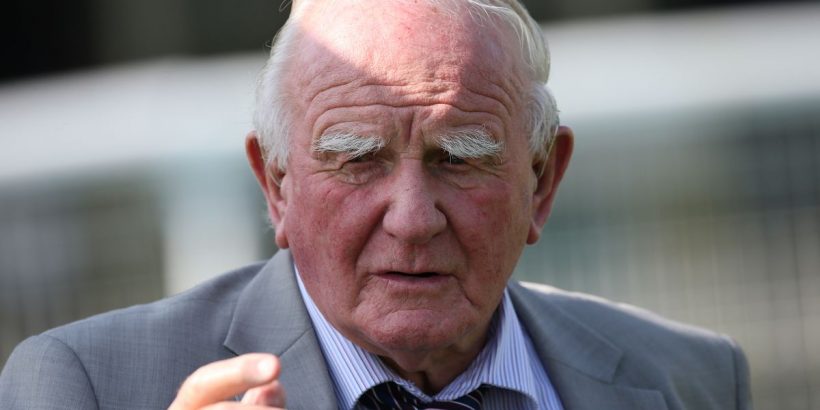 Legendary horse racing trainer Milton Bradley, who transferred cheap horses into winners, has died at the age of 88.

Trainer for over 50 years, Bradley sent out over 1,000 winners from his Gloucestershire farm in Sedbury and only retired in 2021. Bradley was renowned for his skill of spotting horses at reasonable prices and turning them into winners of the biggest races.

Bradley had 90 horses in his Gloucestershire yard and passed on his love for race horse training to his granddaughter Hayley, who has her own training set-up in Essex with her husband Charlie Wallis.

Wallis told the Racing Post : "There aren't enough words to appreciate how wonderful he was. He was a great man who gave everybody a chance, including a lot of the jockeys. I rode a few winners for him and trained some for him too which I'm very proud of.

"As a trainer he was different class, he was a very good horseman. I'd always be on the phone to him twice a week as I had a couple to train for him and he'd give me advice and fill me with confidence if ever we had a bad run. He'll be a massive loss to me and my wife. We're all heartbroken."

Eddie Hayward was a friend of Bradley's for over 40 years and remained an owner with the trainer after having his first jumps horse with him in 1977. He also paid tribute to a 'remarkable man'.

"His knowledge of racing was incredible, right from being a youngster, Hayward told the Racing Post. "He went from riding horses to training them and together we've had well over 200 winners. Many of them didn't cost much too, not everyone can do that.

"He'd have a go at every race and one of the comical things he'd usually say is 'Yes, the horse is 20-1 but he doesn't know that'. We've been close friends all the way through for over 50 years."

Jockey Hayley Turner paid her tribute to Bradley and said he was still training winners up until his retirement in 2021.

"He was a massive character in racing, he's going to be sadly missed by many," Turner told Sky Sports Racing.

"It's sad, the racing industry is quite tight knit and when you lose somebody like that it effects quite a few people. He was still training winners until he retired. It's not like you get too old for the job."