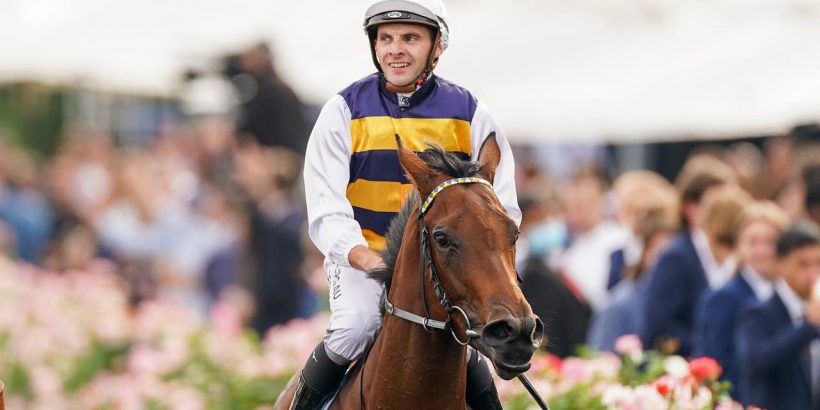 Had it not been for some poor barrier manners early on, jockey Declan Bates admits he may never have got the chance to ride Chaillot in Saturday‘s Group 1 Coolmore Classic at Rosehill.

Bates wasn’t aboard the classy daughter of Testa Rossa in either of her first two starts but he got his chance at her first run last spring and has remained on deck since the winning effort at Flemington.

“I was probably pretty lucky to get on her when I did,” Bates said.

“She had a few barrier issues and that‘s how I probably got a chance on her and I’ve been on her ever since.

“We have always thought a lot of her and she has shown a lot at home but the owners had to be patient with her.”

Bates has now linked up with Chaillot at her past five starts for two victories and the pair combined in a fourth placing in the Group 1 Empire Rose Stakes at Flemington last spring.

The hoop was in the saddle for the four-year-old‘s autumn return last month when Chaillot produced an eye-catching performance from the back of the field to snatch the Group 3 Tressady Stakes (1400m) at Flemington on February 27.

“I thought it was a really good win,” Bates said.

“You don‘t see many horses coming from where she did and winning and she was tough to fight it out.

“She is making a step up here obviously and will need to improve again but she’s going well.”

Chaillot is on the second line of betting at $8 with TAB.com.au to secure her maiden Group 1 and Bates second at the top level in Saturday’s Coolmore Classic.

It will be just the second time Bates rides in Sydney and first at Rosehill with his only other ride coming on Begood Toya Mother in last year‘s Canterbury Stakes. The Daniel Bowman-trained gelding finished last.

Bates has been handed the visitors’ draw in barrier 13 for his Sydney return in the feature fillies and mares’ handicap but the jockey says he has no concerns with the draw.

“I am happy to have drawn out a bit,” Bates said.

“I would have rathered drawn wide then down low as she generally gets back a bit and like to get into clear air.

“When she does, she can let down strongly. It‘s a matter of just getting the right run.”

Rosehill was rated a Good (4) on Wednesday however with wet weather predicted up until raceday it‘s likely the track will slip into the soft or heavy range.