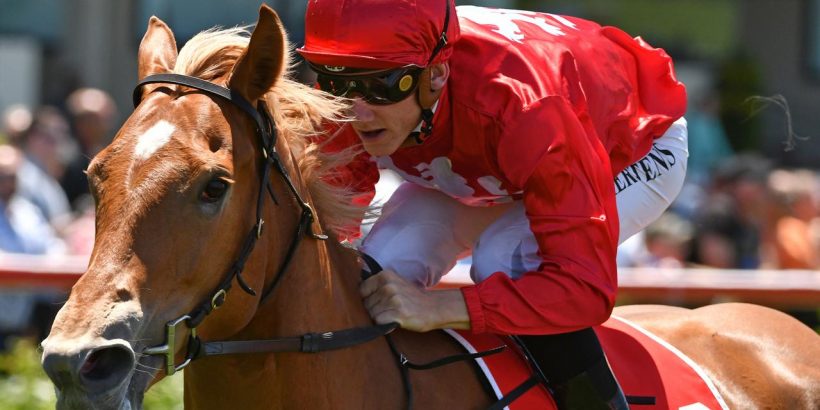 Trainers Jason Warren and Dean Krongold certainly lived up to the maxim of keeping open their options for talented sprinter Brooklyn Hustle.

The Mornington training partners entered the mare for four races across Friday and Saturday, including the Group 1 William Reid Stakes at The Valley on Friday night and the Group 1 Galaxy at Rosehill on Saturday.

The William Reid Stakes got the nod as the four-year-old’s next assignment.

Brooklyn Hustle will revert to weight-for-age racing in the William Reid Stakes after unlucky runs in the Oakleigh Plate and Newmarket Handicap at her last two outings.

“She’s a bit stiff not to have put one (a Group 1 win) on the board so hopefully Friday night, luck can finally fall her way,” Krongold said.

The William Reid Stakes is the last Group 1 race in Melbourne for the season but Krongold said the Brooklyn Hustle’s task won’t get any easier on Friday night.

“You’ve still got September Run, Swats That and Hey Doc in the race and Group 1 races are always hard to win,” Krongold said.

“I wouldn’t have thought it would be any easier than the Oakleigh Plate or Newmarket.”

Brooklyn Hustle’s two career wins have been at The Valley. Picture: AAP ImageSource:AAP

Damian Lane will have his first ride on Brooklyn Hustle, who is an $11 chance in early betting, in the William Reid Stakes.

Brooklyn Hustle might be in action at The Valley but Warren and Krongold will run Geelong Classic winner Confrontational in the $135,000 Mornington Guineas (1600m).

Confrontational finished 3 ½ lengths from the winner Cumberbatch in a three-year-old handicap at Flemington on March 6.

Krongold said the Mornington Guineas formed part of Confrontational’s path to the Group 1 South Australian Derby in May.

“He’s starting to get up to a trip that suits him and, at his home track, we’re confident he’ll be thereabouts on Saturday,” Krongold said.

Daniel Stackhouse will ride Confrontational in the Mornington Guineas.

Originally published asBrooklyn Hustle locked in for next Group 1 target