The character flaws in some of Australia’s cricket stars have been brutally exposed this year, but there is one Aussie sporting icon with a reputation as blemish free as her racing record.

If Winx can triumph in the Cox Plate at Moonee Valley on Saturday she will notch up an incredible 29th consecutive win.

Victory would also make the seven-year-old mare the first horse to win the Cox Plate, one of Australia’s most prestigious races, four times. 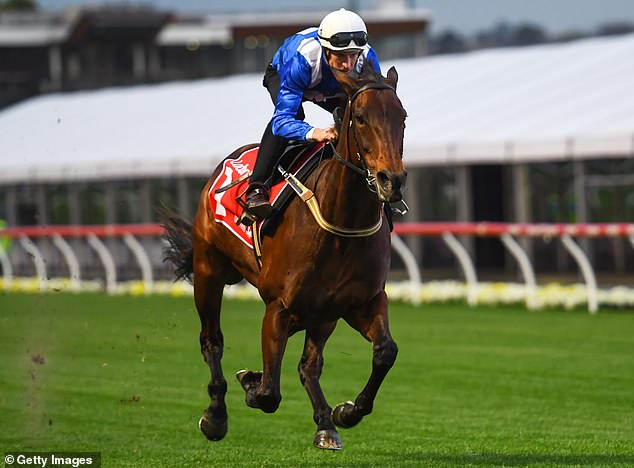 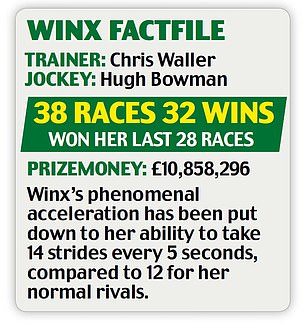 Having already won close to £11million in prizemoney, the slice she would earn of the £1.7m on offer would make her the highest earning racehorse in history.

Winx fever is sweeping Australia. The Herald Sun, Melbourne’s biggest selling newspaper, this week carried a pull-out for fans to pin on the wall. The poster girl of Australian racing, who is trained by Chris Waller and ridden in nerveless hold-up style by jockey Hugh Bowman, has had a similar effect on the sport as the unbeaten Frankel did in this country.

The same criticisms have also been levelled at both horses. Neither travelled outside their own country, even though the Winx team flirted with bringing her to Royal Ascot this summer.

Clearly they were not big fish in little pools but their respective teams denied them the chance to prove they were big fish in mighty oceans. 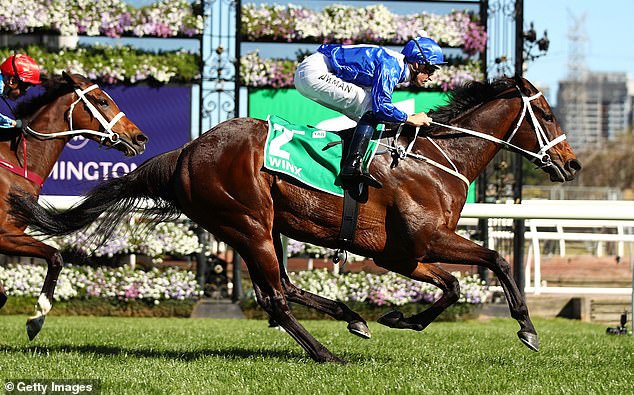 The last time Winx was sent off odds-against for a race was when she landed her first Cox Plate in October 2015 and plenty have questioned the quality of the opposition she has beaten.

European form has dominated in recent Melbourne Cups and there have been other Aussie Group One wins by Europeans that would struggle to find space in the top drawer back home.

Winx’s adoring faithful have interpreted these doubts as an outrageous slur. They point to the fact that Highland Reel was third to her in the 2015 Cox Plate, but that was before the Aidan O’Brien colt had reached his peak.

On Saturday, however, there is the chance to measure Winx against two solid northern hemisphere yardsticks. Her seven opponents include O’Brien’s Ryan Moore-ridden Irish Derby second Rostropovich and Saeed Bin Suroor’s Benbatl. 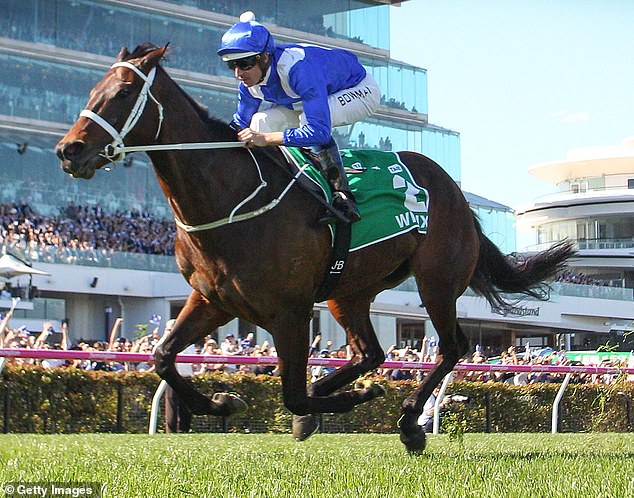 Money she would earn of £1.7m on offer would make her highest earning racehorse in history

WHEN AND WHERE TO WATCH…

The latter, the mount of Oisin Murphy, was beaten just over five lengths behind John Gosden’s Roaring Lion when fifth in York’s International Stakes but has won Group One races this year in Dubai, Germany and, most recently, Australia.

Waller, unmoved by the criticism, said: ‘You don’t win 28 races in a row just by being well trained and well ridden. You need something exceptional and she’s that.

‘It’s a feeling like I’ve never had before training a horse and I’ve had a lot of nice horses. It will take a champion to beat her or the bounce of the ball to go against her. Australia sees Winx as a sporting icon, a sporting hero, not just a racehorse.’

Dominic Gardiner-Hill, the BHA’s senior handicapper, is one European on Winx’s side, rating her the current equivalent of last Saturday’s Champion Stakes winner Cracksman.

He said: ‘Any horse who has won 28 consecutive races has to be an outstanding racehorse. I can see the argument some people are making but sometimes you have to look beyond the pure maths. Those who look at sectional timings and finishing splits tell me she is an absolute freak.’

A win for Winx on Saturday will be racing history. Let’s hope she can also supply the evidence the form sceptics crave.