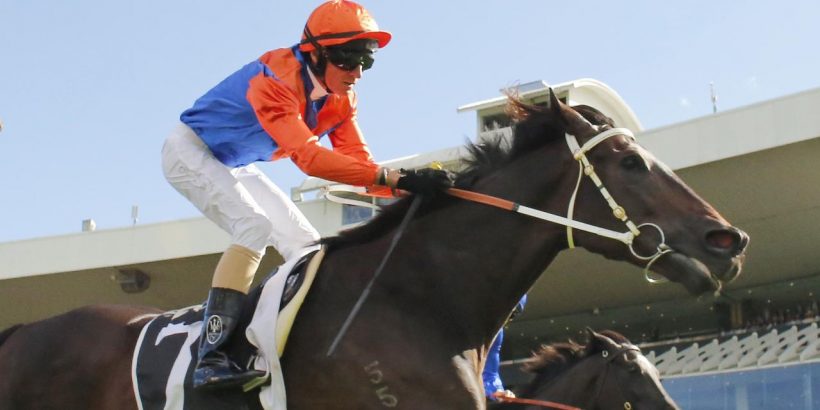 It’s a measure of the respect Think It Over has deservedly earned that he is no longer neglected in betting – even when he is taking on the nation’s best racehorses.

The first major of the new season boasts eight individual Group 1 winners including Horse of the Year-elect Verry Elleegant, the $2.90 favourite, but Think It Over certainly doesn’t look out of place in this race.

But earlier this year, it was a different story as Think It Over earned a reputation as a giant-killer during a four-start autumn campaign that yielded wins in the Group 1 George Ryder Stakes and Group 3 Liverpool City Cup, a second placing in the Group 2 Ajax Stakes and his fourth in the Group 1 Queen Elizabeth Stakes.

Despite his consistent form, Think It Over never started at odds shorter than $20 during his breakthrough big-race campaign.

Trainer Kerry Parker concedes Think It Over can’t “fly under the radar” anymore.

“Last autumn we were able to dodge a few of the real good ones early in his preparation but now we are straight into the deep end – there is no hiding,’’ Parker said.

“His first few runs this spring campaign will tell us a lot and let us know how he fits in.’’

Parker said Think It Over is giving every indication he can at least return to the same level he raced at last autumn – and possibly even improve again.

Think It Over is now a fully matured six-year-old gelding but he has still only had 24 race starts, netting six wins and more than $1.5m prizemoney.

The tough bay has been primed for the Winx Stakes with two Kembla Grange trials, the most recent when an enthusiastic winner of an 800m heat.

“In his trial the other day, he hit the line full of running. It was everything I wanted to see from him going into his first-up run,’’ Parker said.

Think It Over, who will be ridden by Brenton Avdulla, has drawn barrier two for the Winx Stakes and Parker said the gelding has the tactical speed to take advantage of his favourable gate.

“It would be nice if he can position up just behind the speed and get a soft run which is what he was able to do when he won the Liverpool City Cup first-up last preparation,’’ Parker said.

“The track is a Good 4, Randwick is a nice, genuine surface for these good horses to have their first outing and everyone should get their chance.’’

Kerry Parker has Think It Over primed for the Wink Stakes. Picture: AAPSource:AAP

“There are so many options for Think It Over this spring,’’ Parker said.

“We will head on a weight-for-age path towards the Cox Plate initially but I will nominate for the Epsom and see what weight he gets.

“The Hill Stakes is on Epsom Day so we have that to consider, too. Nothing is set in concrete, the horse will tell us where he should go in the spring.’’

“Tampering did well to win at Kembla last start and he is one of those horses suited in a Midway,’’ Parker said.

“He in the right race for good prizemoney.’’

Originally published asThink It Over has earned Group 1 respect