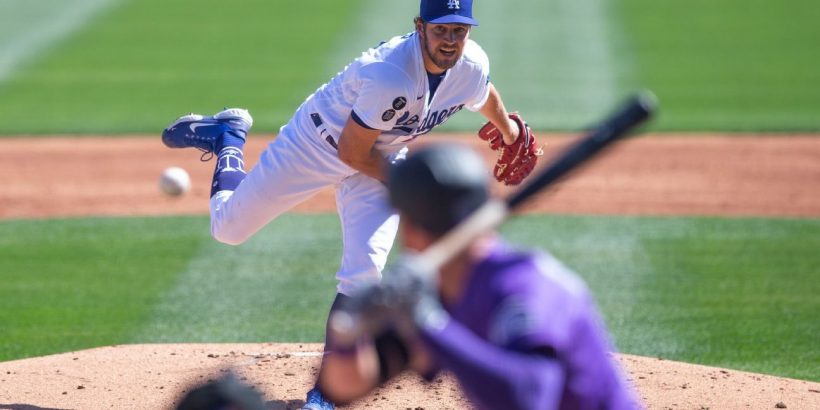 THE LOS ANGELES DODGERS spent $100 million to renovate Dodger Stadium ahead of the 2020 season, an ambitious undertaking that modified most of the infrastructure in an effort to modernize baseball’s third-oldest ballpark.

“Irony of ironies,” Dodgers president and CEO Stan Kasten said. “After all these years of being the most beautiful stadium ever built to watch the game of baseball, we now also added 21st-century amenities. We have two acres of entertainment, and new food, and new history displays, and kids’ areas, and merchandise. Now we have elevators, and escalators, and connecting bridges — we now have all of that! We have a front door! You’ve seen pictures of it — it’s amazing!”

And it has all been just sitting there, untouched, for a year.

Kasten told CNBC in late October that a fan-less 2020 season led to revenue losses “north of $100 million” for the Dodgers, adding that it would take the franchise “years to catch up.” Three weeks later, the team followed a leaguewide trend in issuing organizationwide layoffs. Three months after that, they splurged on Trevor Bauer, brought back Justin Turner and raised a payroll that now is approaching a whopping $245 million, according to Cot’s Contracts, 26% higher than that of the second-place New York Yankees and the only one on pace to exceed baseball’s luxury-tax threshold.

The Dodgers’ payroll is high, but manageable, given their flexibility to creep back under that threshold in a year or two. Their roster is loaded with stars, but their abundance of young talent makes it seem as if the Dodgers’ run of excellence — consisting of eight consecutive division titles, a 2020 World Series championship and a 2021 PECOTA projection of 104 wins, the highest known number that system has ever produced — might never end. They have built a baseball utopia, evolving into the type of juggernaut their sport rarely produces. While most of their competition reels from the revenue losses of the coronavirus pandemic, which kept fans away from ballparks for an entire season, the Dodgers are doubling down.

As one rival executive noted: “I think it’s important to go back to the beginning.”