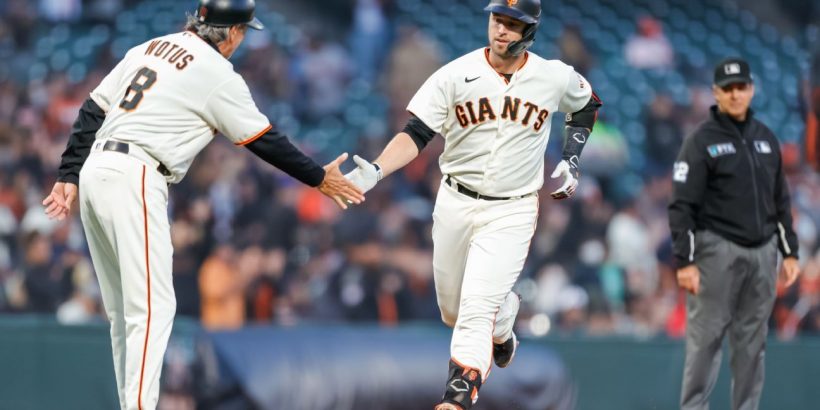 This magical, best-record-in-the-majors season for the San Francisco Giants starts with catcher Buster Posey. It has to, right? Tim Lincecum was the first star of those Giants teams that won the World Series in 2010, 2012 and 2014, Matt Cain was the longtime stalwart in the rotation, and Madison Bumgarner became a legend in the 2014 postseason, but Posey was always the heart and soul. Rookie of the Year in 2010, MVP in 2012, sixth in MVP voting in 2014, Posey was the team’s best hitter and the anchor for the pitching staff.

The past few seasons hadn’t been much fun for him, however. After struggling to generate power in 2018, Posey finally underwent surgery that August to address a hip impingement and torn labrum. He returned in 2019 but had his worst season and elected to sit out the pandemic-shortened 2020 season. He began 2021 at 34 years old, and his most recent .300 season had come back in 2017.

I watched the Giants’ first game of 2021. They blew a 7-1 lead when the Seattle Mariners scored six runs in the bottom of the eighth and lost in the 10th inning when Jose Alvarez walked three batters in a row to force in the winning run. I texted my editor that night, something along the lines of, “Boy, the Giants are going to be terrible.” There was one bright spot in that miserable defeat: Posey hit a home run. Then he homered again the next night.

He hasn’t stopped. He’s hitting over .300 again — he has done it five times before — with the second-best slugging percentage and adjusted OPS of his career, behind only his MVP season. Manager Gabe Kapler has done a great job of keeping him fresh. Note Posey’s numbers against the Los Angeles Dodgers and San Diego Padres: .317/.431/.617. The Giants are 13-12 against their division rivals.