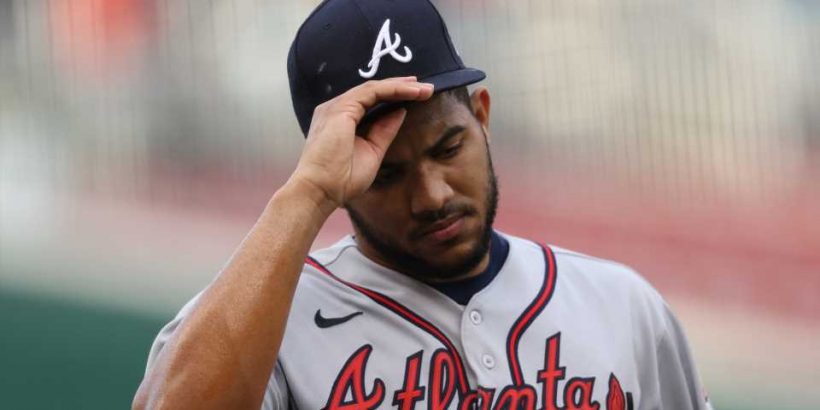 Huascar Ynoa has broken a bat or two in his career, and now the wood is fighting back.

Dugout frustration is part of baseball. Hundreds of Gatorade coolers have been demolished, gloves have been thrown across zip codes. It happens.

But when you’re a pitcher, you may want to think twice about what you do with your pitching hand, and Braves starter Ynoa found that out the hard way over the weekend.

Ynoa landed on the 10-day injured list Monday after punching a dugout bench following his exit from Sunday’s forgettable start vs. the Brewers and breaking a bone in his pitching hand.

Ynoa’s frustration is understandable, as he was pulled from his worst start of the season to Milwaukee on Sunday: He allowed five runs on nine hits through 4 1/3 innings in the loss.

Maybe somewhat luckily for Ynoa, it’s not the most unfortunate injury for a pitcher this season. That dishonor belongs to A’s pitcher Jesus Luzardo, who broke his finger in an unfortunate video gaming moment.

Let this be a lesson, kiddos: Don’t pick fights with inanimate objects. They will win most of the time.