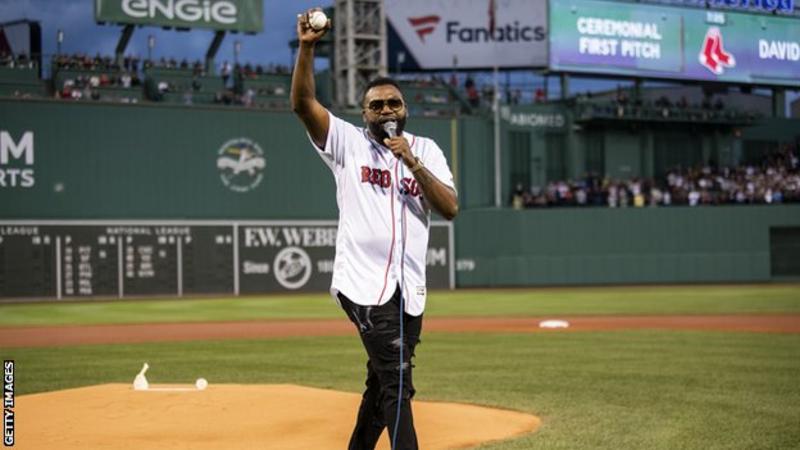 Boston Red Sox legend David Ortiz threw the ceremonial first pitch before the game against the New York Yankees in his first public appearance since being shot in the Dominican Republic.

The 10-time All-Star, 43, was shot in the back on 9 June in his home town of Santo Domingo in a case of mistaken identity.

“They always have been there for me, they were aware what happened to me and they were the first ones there supporting me,” Ortiz added, addressing the crowd after pitching to former team-mate and captain Jason Varitek on Monday.

“I want to thank all of you for all the prayers. All of them came home.”

Police in the Dominican Republic have said Ortiz was not the intended victim in the shooting, which left him requiring six hours of surgery for internal injuries.

He was flown to Boston the next day and spent almost two weeks in intensive care at Massachusetts General Hospital, having further surgeries before being released on 29 July.