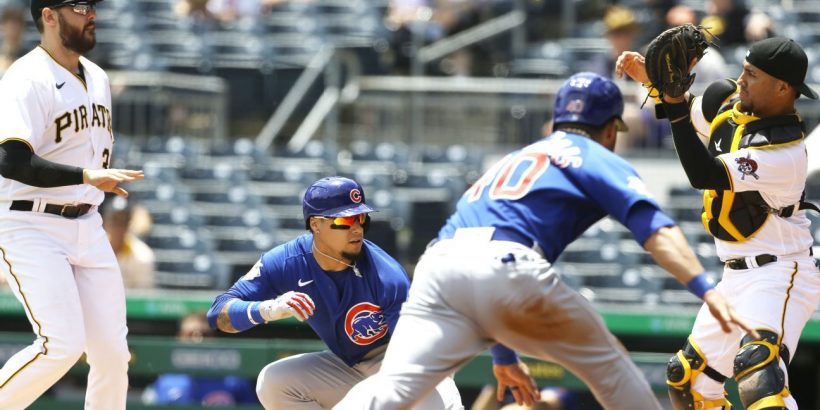 Will Craig, who was demoted to the minors by the Pittsburgh Pirates after his embarrassing fielding mistake against the Chicago Cubs went viral, has signed with a team in Korea and is ready to “start over.”

Craig told the Pittsburgh Post-Gazette that he’s signed with the Kiwoom Heroes of the Korea Baseball Organization with the promise of an every-day role.

During a game against the Cubs on May 27, the rookie first baseman, needing just to tag Javier Baez or touch first base for the final out of the inning, instead chased Baez as he retreated toward home plate and then threw to catcher Michael Perez as the Cubs’ Willson Contreras raced toward home.

Contreras beat the tag, and Baez then beat a throw to first base in the 5-3 loss.

“I feel like that play kind of defined me,” Craig told the Post-Gazette. “I didn’t want that to be the case. That’s another thing that went into my decision to go over there. I need to almost start over in a way.”

Craig, who was going to be a free agent at the end of the 2021 season, was playing for Triple-A Indianapolis. In 20 games with the Pirates, he had a .203 batting average with 22 strikeouts.

“I’ll still be a free agent in October or whenever,” Craig said. “This kind of helps me get my feet wet with something a little bit different.”

Craig said he expected to be on “blooper reels for the rest of my life” for the fielding gaffe against the Cubs.

“There are times where it hits me, and I’m like, ‘Did that really happen?'” Craig told the Post-Gazette. “It will hang over my head for the rest of my career. But I want to give myself an opportunity to break away from it for a little bit.

“… I feel like most players always have a play or some type of event that happens in their career,” he added. “Mine just happens to be a little bit bigger than others. If I was in Year 15 of my career, I feel like that play wouldn’t be nearly as crazy. But because I only had a month [of service time], it made it seem that much worse.”