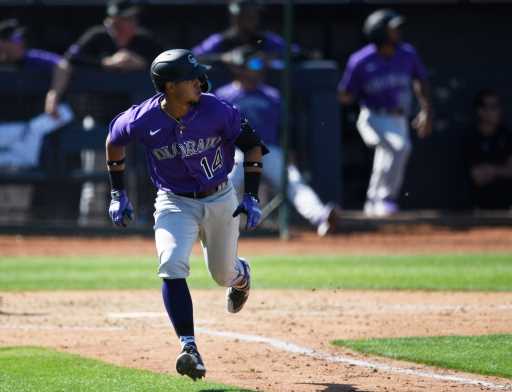 Ezequiel Tovar, a talented athlete whom the Rockies hope will become their next All-Star shortstop, will be called up from Triple-A Albuquerque, a source confirmed.

Tovar, 21, who’s played in just five games at Triple-A, went 2-for-4 in the Isotopes’ game at Sugarland, Texas, on Wednesday.

Tovar began the season at Double-A Hartford but missed 2 1/2 months while on the injured list with a groin injury. He is already on the Rockies’ 40-man roster.

Tovar made a huge splash during spring training, being named the Abby Greer Award winner as camp MVP when he hit .550 (11-for-20) with three homers and seven RBIs in 10 Cactus League games.

Tovar, from Maracay, Venezuela, made his professional debut at age 16 in the Dominican Summer League team.

This story will be updated