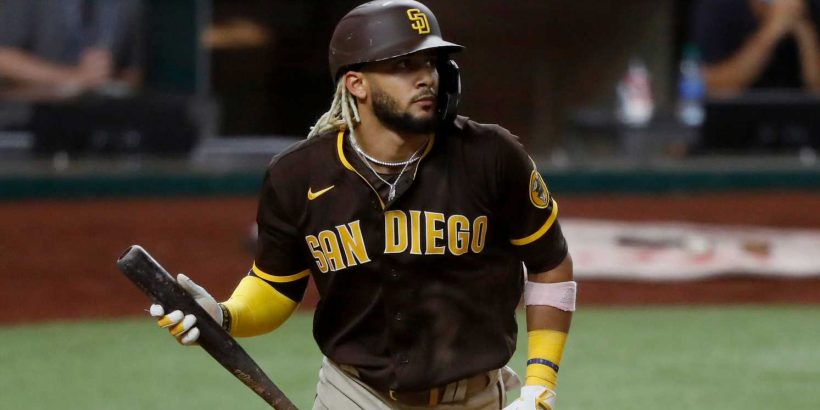 There’s one little problem with these breathless reports that the San Diego Padres are on the verge of signing shortstop Fernando Tatis Jr. to a historic contract extension exceeding $300 million.

The two sides have yet to even start talking.

Oh sure, Padres GM A.J. Preller said back in October they would love to lock up Tatis to a contract extension before the 2021 season.

Tatis, 22, has repeatedly said that he’d love to be a Padre for life.

But there is no truth to the reports and speculation that they have been negotiating a contract extension that could be announced this week, a person with knowledge of the situation told USA TODAY Sports. The person requested anonymity because of the sensitivity of the situation.

THE IMPACT OF LINDOR: In one blockbuster move, the Mets become World Series contenders

What will be fascinating is what happens when the two sides do actually start talking, which should occur before spring training in mid-February.

The Padres certainly believe they have one of the greatest young stars in the game, but they also realize that he has yet to play a full season.

Tatis may have finished fourth in the NL MVP voting last year, hitting .277 with 17 homers, 45 RBI and scoring 50 runs while winning a Silver Slugger award, but he also has played only 143 games in his career. (He has a career.301 average and .956 on-base plus slugging percentage.)

Tatis would obliterate every contract provided to a player with so little experience in baseball history. Mike Trout’s six-year, $144 million extension with the Los Angeles Angels in 2014 is the record for a player not eligible for salary arbitration. Ronald Acuna, who had only 115 games of experience, signed an eight-year, $100 million contract extension with Atlanta in April 2019, with Alex Bregman signing a six-year, $100 million extension a month earlier with the Houston Astros.

The Padres would gladly submit one of those contract offers right now to Tatis, and Tatis would try to refrain from laughing in their face.

The kid is in full control.

Tatis may be making barely more than the $570,000 minimum salary on the field, but he is raking in about $4 million to $5 million in marketing endorsements and equipment deals, according to a person familiar with the situation who spoke on condition of anonymity because of the sensitivity of situtation.

Tatis can still hit free agency at the age of 25, if not even earlier.

The Collective Bargaining Agreement expires on Dec. 1, and who knows, perhaps the new deal will allow players to qualify for free agency after five years of major-league service instead of six years.

There is no urgency on Tatis’ side. Even if he goes year to year, he can earn perhaps $45 million in his three years of salary arbitration (from 2022-24) before hitting the free-agent market.

So, what is a fair contract extension for Tatis to even consider now?

By the time he hits free agency, the going rate for premium position players could be worth a minimum of $40 million a year.

The Padres, who have already added about $33 million to their payroll in 2021, certainly aren’t being shy this winter, already acquiring aces Blake Snell and Yu Darvish in trades and paying $28 million on a four-year deal for infielder Ha-Seong Kim. They also have a relationship with Tatis’ agent, Dan Lozano, who negotiated a 10-year, $300 million contract with third baseman Manny Machado two years ago.

They have a team built to win not only now, but also for the future, and that future could be extended into the next decade with a fat extension for Tatis.

The two sides plan to meet and discuss a contract extension before spring training, and if no agreement can be reached, they will simply table the discussions until next offseason.

There is no hurry, only a lot of uncertainty.

Maybe it makes more sense for both parties to simply wait, perhaps seeing what the New York Mets offer Francisco Lindor to stick around. Or wait until next winter to determine what the great upcoming shortstop class demands on the open market with Javy Baez, Carlos Correa, Trevor Story and Corey Seager.

But the clock is ticking, and when negotiations commence in a few weeks, we’ll see if anyone really blinks.