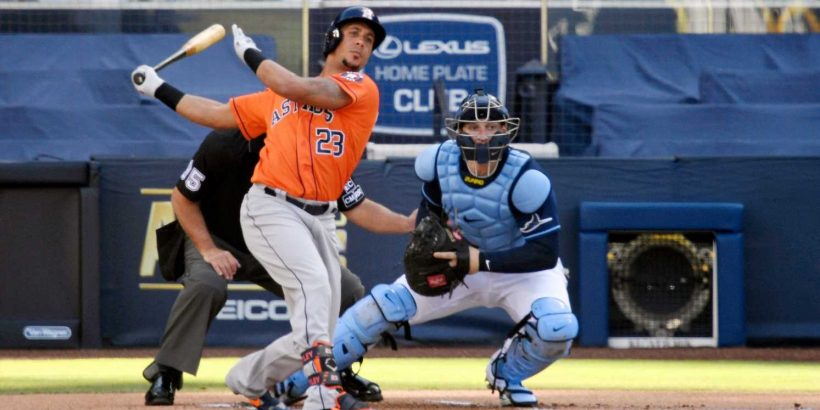 Just when it looked like he might follow former teammate George Springer to Toronto, free agent outfielder Michael Brantley has decided to remain with the Houston Astros on a two-year, $32 million deal, a person with knowledge of the negotiations told USA TODAY Sports' Bob Nightengale.

The person spoke  on the condition of anonymity because the deal was not yet official.

Brantley, 33, spent the first 10 seasons of his major league career with Cleveland before joining the Astros in 2019. The four-time All-Star hit .300/.365/.476 in 46 games last season, splitting his time between left field and designated hitter.

Nicknamed "Dr. Smooth" for his seemingly effortless swing, Brantley is one of the game's best contact hitters. Over the past three seasons, his 10.6% strikeout rate is the fourth-lowest among qualified hitters.

After signing with the Astros as a free agent in 2019, he hit .311 with a career-high 22 home runs and helped Houston reach the World Series.

He and former Astros teammate George Springer were close friends and when Springer – also a free agent this offseason – made the decision to sign with the Toronto Blue Jays on Tuesday, there was rampant speculation Brantley would follow suit.

Instead, Brantley chose to re-sign with the Houston, where he'll likely play more frequently in the outfield with the return of DH Yordan Alvarez to full health.