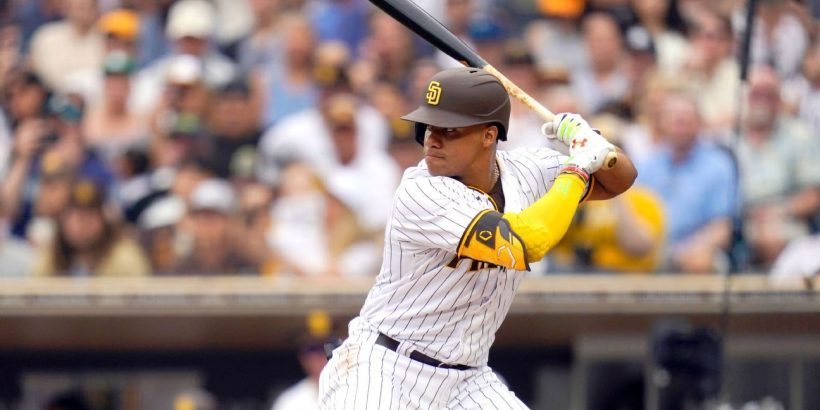 ESPN MLB insider
Author of “The Arm: Inside the Billion-Dollar Mystery of the Most Valuable Commodity in Sports”

ON AUG. 1, the San Diego Padres were 58-46. They had the fifth-best record in the National League but were 12 games behind the Los Angeles Dodgers, the team they’ve attempted to catch up to for decades.

This is the Padres — a franchise with only rare scattered periods of success throughout its 54-year history, a franchise known more for its dubious decision-making (those hideous mustard yellow uniforms of the 1970s, once drafting Matt Bush over Justin Verlander) than for winning. This is a franchise that was 18 games above .500 last August, only to finish the season with a losing record.

And yet on Aug. 1, the Padres made the first of the trades that would send shock waves throughout baseball. That day’s deal was to acquire All-Star closer Josh Hader. The next day, the team finalized the blockbuster trade to end all blockbusters, bringing Juan Soto and Josh Bell to San Diego, plus a deal for utility man Brandon Drury.

Suddenly, the Padres are better positioned than ever to win a World Series, or at least have their best opportunity since the Yankees swept them in the 1998 Fall Classic. They can roll out a fearsome foursome of Soto, Bell, Manny Machado and, when he soon returns to the lineup, Fernando Tatis Jr.

“It’s going to be really tough to go through,” Soto said in his introductory news conference on Wednesday. “I wish good luck to all the pitchers.”

No, the Padres probably aren’t going to catch the Dodgers in the National League West this season. The Dodgers are too far ahead and too good to collapse. But suddenly, Los Angeles’ road to the World Series might go through San Diego — or vice versa. The two teams begin a three-game series Friday night at Dodger Stadium for the first of 12 games remaining with each other and then, as currently positioned, the Padres would meet the Dodgers in the division series if San Diego gets through the best-of-three first round, probably against the NL East runner-up.

“It’s an exciting time,” Bell said. “The time is now for the Padres, so let’s get after it.”

How did the Padres get here? In a time when young, homegrown and — the key word here — inexpensive players are valued more than ever by front offices, the Padres have gone in the opposite direction, emptying a farm system for proven stars — in the case of Soto and a few others, verified superstars, in fact.