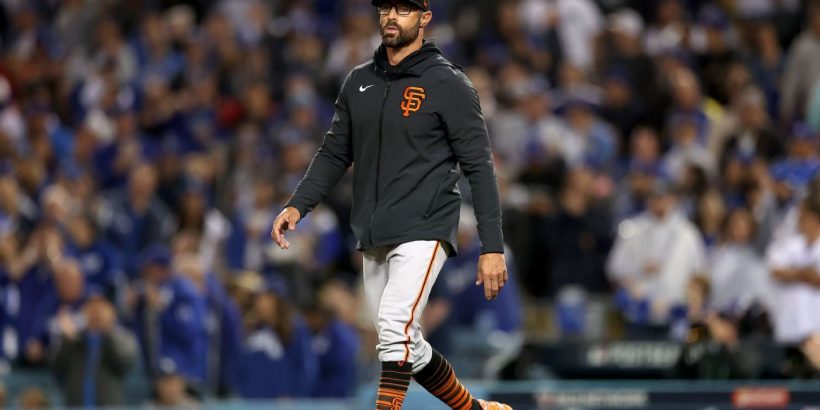 Gabe Kapler, who guided the San Francisco Giants to an improbable 107-win season, was named National League Manager of the Year by the Baseball Writers’ Association of America on Tuesday.

The Giants went into 2021 with one of the sport’s oldest rosters and 40-1 odds of winning the NL West, but Kapler — bolstered by a robust, forward-thinking coaching staff and a savvy front office led by Farhan Zaidi — presided over a team that blew past expectations, holding off the star-laden Los Angeles Dodgers to claim its first division title in nine years.

Buster Posey, Brandon Belt, Brandon Crawford and Evan Longoria tapped back into some of their prime form to bolster the offense; Kevin Gausman, Alex Wood and Anthony DeSclafani, all obtained through one-year commitments, outperformed their contracts to make up a formidable rotation. Around that, Kapler utilized an array of platoon bats and specialized relievers to persistently maximize matchups.

The Dodgers pushed hard over the final two months, acquiring Max Scherzer and Trea Turner before the trade deadline and winning 43 of their last 56 games. But the Giants, who added Kris Bryant at midseason, were only two games worse after the start of August and ultimately won the NL West by a game, snapping the Dodgers’ streak of consecutive division titles at eight.

After a tightly contested season series, the Dodgers and Giants engaged in an intense NL Division Series that wasn’t decided until the final inning of the final game. The Dodgers ultimately prevailed, but the challenge of eliminating the Giants — most notable with the over-use of their starting pitchers — cost them in the following round.

Kapler spent 13 years in the majors and quickly built a reputation as an analytically savvy, outside-the-box thinker who could also relate well to players. He was hired as the Dodgers’ farm director in November of 2014 and became a finalist for the managing job that ultimately went to Dave Roberts a year later.

The Philadelphia Phillies hired Kapler as their manager heading into the 2018 season but fired him after missing the playoffs in back-to-back years, prompting Zaidi to hire him to replace the retired Bruce Bochy at the conclusion of the 2019 season.

The Giants missed the expanded playoffs by one game during the COVID-19-shortened 2020 season, then set a franchise record for wins in 2021 and extended Kapler’s contract through 2024. Under Kapler, the 2021 Giants finished the regular season with the second-best run-differential, the fourth-highest OPS and the second-lowest ERA.