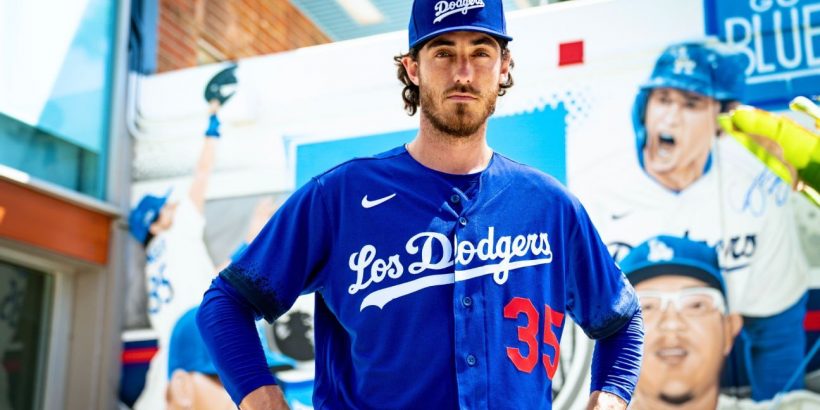 The Los Angeles Dodgers unveiled their City Connect uniform Thursday, featuring hats and jerseys with the phrase “Los Dodgers” — a tribute to the team’s connection with its Latin fan base and a homage to the 40th anniversary of “Fernandomania,” a term coined to describe the hype and passion for star left-hander Fernando Valenzuela.

The Dodgers will debut the uniforms for the first time at home on Friday and Saturday against the New York Mets.

For the first time in team history, the Dodgers will wear blue jerseys and pants together. On the uniforms, sleeves feature spray-painted accents — meant to be a nod to Los Angeles’s city street art culture and the murals.

“The Dodgers uniform is an iconic part of the franchise’s identity,” said Dodger executive vice president and chief marketing officer Lon Rosen in a news release. “While our traditional look has and will always be worn by the franchise-great players, the City Connect program offered us the opportunity to recognize the impact and importance of our multicultural fanbase.”

The Dodgers do not have an alternate uniform, and Rosen said that any change to the current selection represented a big departure.

“The City Connect uniforms were familiar by design, as any changes to our uniform are significant. The Dodgers uniform has gone largely unchanged since the team moved to Los Angeles in 1958,” Rosen said. “We don’t have a third jersey, we don’t wear different jerseys based on days of the week or the pitchers’ preference, so an all-blue uniform with spray paint accents and anything but our iconic LA cap are drastic changes for us.”