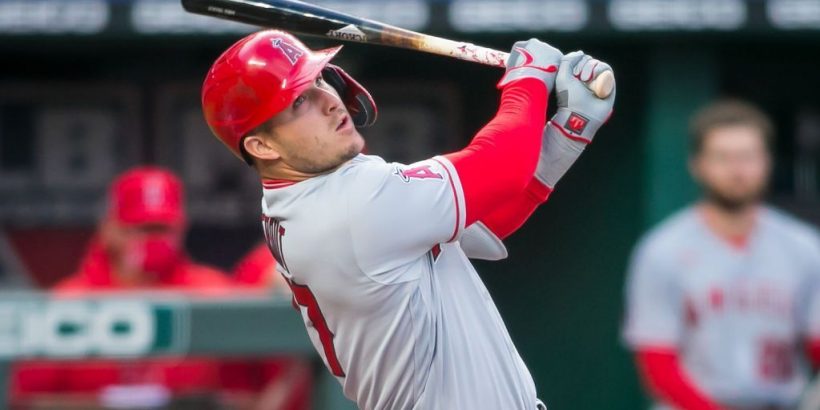 MIKE TROUT’S PATIENCE, particularly in a batter’s box, wasn’t instilled or taught or even developed. It is apparently innate, hard-wired somewhere within his genetic makeup. As a child, Trout took batting practice off his father, Jeff, and didn’t swing at pitches he didn’t love. Sometimes it would be the dead of summer in New Jersey, which can get exceedingly hot and humid in the middle months, and Jeff would throw a half-dozen pitches before his son even removed the bat from his shoulder.

“It would drive me nuts,” Jeff, a professional ballplayer and talented hitter himself, said.

That patience never left, even as the difficulty escalated and the pressure mounted. Trout took until he got a strike throughout his minor league career, simply because he wanted to. While he established himself as his sport’s greatest player, many clamored for Trout to become more aggressive. But Trout stayed true to himself, hardly ever chasing, always striving to work deep counts — even while residing on inferior Los Angeles Angels teams that tested restraint.

That’s what makes this year seem so significant.

Trout began the week leading the majors in OPS, weighted runs created plus and FanGraphs wins above replacement while in the midst of the greatest start to his illustrious career. By that point, Trout had played 30 games. His .376 batting average, .488 on-base percentage and .713 slugging percentage all stood as career highs for his first 30 games of a season. And at the root of that was a surprising aggressiveness — subtle for most, monumental for him — that had helped elevate Trout to another level.