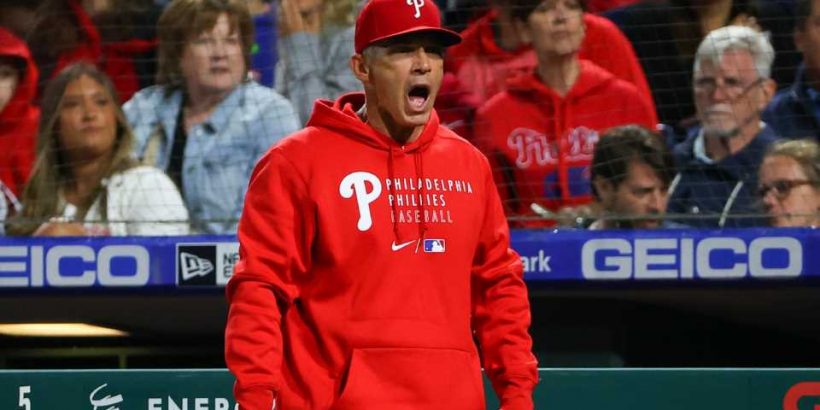 Joe Girardi, the Phillies manager and baseball lifer, inserted himself into the heart of baseball’s sticky substance conversation on Tuesday night.

Nationals starter Max Scherzer had already been checked by the umpires — as required by baseball’s new enforcement policy — twice, in the first and third innings. Girardi asked the umpires to check Scherzer again in the fourth, with one on and one out in a game Washington led at the time, 3-1. Scherzer was not a fan of that request.

We won’t belabor that drawn-out episode here, but you can read all about it at SN: Max’s reaction; Girardi’s comments after the game; and why MLB’s “crackdown” is turning players into villains, when they really should not be in that role.

Today, let’s talk about how the managers fit into this equation.

We’ll start with this: Managers have always been able to ask an umpire to check an opposing pitcher if he suspects that pitcher is manipulating the baseball in some way — scuffing it, using sticky substances, whatever. There are lots of methods and ways to impact how a baseball moves when thrown by a major-league pitcher.

Those requests haven’t happened much over the past decade or so, and here’s the biggest reason why: Managers knew at least some of their pitchers were using the stuff, too, and to ask the umpires to check an opposing pitcher was basically inviting that team to check one of his pitchers, too. The rare times players were checked was when it was so obvious they were using a substance that the manager had no choice — like when Boston manager John Farrell had umpires look at New York’s Michael Pineda because the Yankees starter had a big glob of pine tar on his neck for all to see.

But for the most part, managers understand that it’s not wise for a person in a glass house to throw stones, basically.

Now, though? Their pitchers are being checked anyway. So if, let’s say, a starting pitcher is checked in the third inning, he’s probably not going to be checked by the umpires in the fourth inning, right? So if a pitcher is going to take a risk, it’s that inning, right?

FAGAN: How MLB got itself into a very sticky situation

So maybe that’s when a manager, like Girardi, gets really suspicious and asks the umps to check a starting pitcher, like Scherzer. A manager is much more likely to do that now than he would have been at pretty much any point in the past few decades.

So what’s to prevent a manager from asking umpires to check out an opposing pitcher multiple times per game, as a sort of strategy? Anything to disrupt a pitcher’s flow in an important moment late in a game could be a big help, right? Baseball thought about this.

What are MLB’s rules on manager substance checks?

Per an MLB source, from the memo MLB sent out to all teams last week:

“Please note that a manager will be subject to discipline if he makes the request in bad faith (e.g., a request intended to disrupt the pitcher in a critical game situation, a routine request that is not based on observable evidence, etc.). If a manager makes a request for inspection, the umpire will determine whether and when to inspect the pitcher, taking into account when the pitcher was last inspected and whether the request was made in good faith. If the umpires feel that a field manager or acting field manager is making a request for a purpose other than the suspicion of foreign substance use (e.g., to gain a competitive advantage), the umpires can choose to refuse the request and, if they determine the request was made in bad faith, eject the manager.”

That “bad faith” determination is completely and fully at the umpires’ discretion. Let’s apply that to the Girardi/Scherzer situation. The umpires met to discuss Girardi’s request before going to Scherzer, and they determined that Girardi had enough reason to ask for the check, because Scherzer had been repeatedly going to his hat/hair that inning. He was doing that to get sweat to mix with the rosin to create tack — completely legal — but it wasn’t completely unreasonable to suspect that Scherzer might have been looking for something other than sweat in his cap/hair.

So the umpires checked. Scherzer was found to be clean. No ejection for either Scherzer or Girardi.

It would be at least somewhat surprising if any manager was ejected for this gamesmanship clause, to be honest. For one thing, every manager knows about this clause, so at the very least they would do their best to offer supporting reasons for the request. And that’s a lot to put on an umpiring crew, to basically say, “We feel you’re lying about your motivation, and now you’re ejected from this baseball game.”

Maybe that’s why Clayton Kershaw, like Scherzer a future Hall of Famer, would like to see baseball take that a step further. Listen.

That’s not a bad idea. Words from a guy like Kershaw — pointed, specific words — carry weight. He’s not the type to stir up controversy just for the sake of, well, stirring up controversy. He says it because he believes it.

And if Kershaw believes it, maybe MLB should listen.