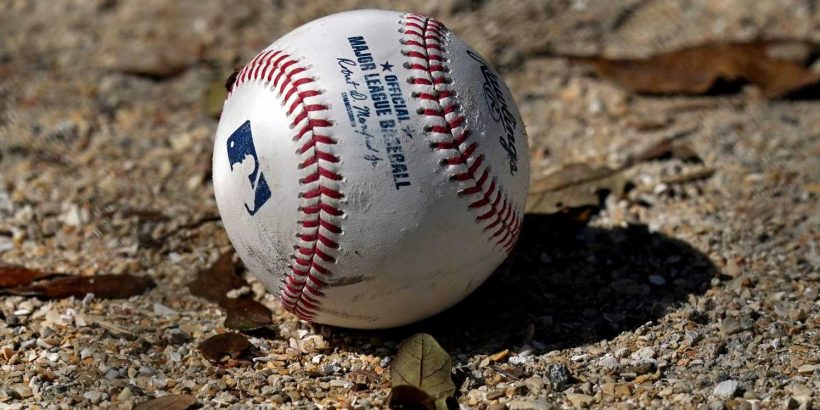 Major League Baseball announced Tuesday that every pitcher caught using or possessing foreign substances will be given an automatic 10-game suspension beginning Monday, June 21, and team employees can also be suspended or fined for substances found in their clubhouse or dugout.

“After an extensive process of repeated warnings without effect, gathering information from current and former players and others across the sport, two months of comprehensive data collection, listening to our fans and thoughtful deliberation,’’ Commissioner Rob Manfred said in a release, “I have determined that new enforcement of foreign substances is needed to level the playing field.

"I understand there’s a history of foreign substances being used on the ball, but what we are seeing today is objectively far different, with much tackier substances being used more frequently than ever before. It has become clear that the use of foreign substance has generally morphed from trying to get a better grip on the ball into something else – an unfair competitive advantage that is creating a lack of action and an uneven playing field.’’

The only substance permitted by pitchers to assist their grip will be a rosin bag, while disputing the theory that eliminating foreign substances would hurt pitchers’ control and increase the number of batters hit by pitches.

“MLB recently completed extensive testing, including testing by third-party researchers, to determine whether the use of foreign substances has a material impact on performance,’’ MLB said in a statement. “That research concluded that foreign substances significantly increase the spin rate and movement of the baseball, providing pitchers who use these substances with an unfair competitive advantage over hitters and pitchers who do not use foreign substances, and results in less action on the field.

“In addition, the foreign substance use appears to contribute to a style of pitching in which pitchers sacrifice location in favor of spin and velocity, particularly with respect to elevated fastballs.  The evidence does not suggest a correlation between improved hitter safety and the use of foreign substances. In fact, the hit-by-pitch ratio has increased along with the prevalence of foreign substance use – through May 31st, the 2021 season has the highest rate of hit-by-pitches of any season in the past 100 years.’’

MLB believes that the crackdown should boost offense based on the offensive surge simply in the last two weeks once MLB told owners that a crackdown would soon start.

The spin rate by pitchers last week was the lowest of the season. There have been several noticeable decreases in spin-rates in recent weeks involving starts from Trevor Bauer and Kenley Jansen of the Los Angeles Dodgers to Gerrit Cole of the New York Yankees to closer Josh Hader of the Milwaukee Brewers.

“This is not about any individual player or club, or placing blame,’’ Manfred said, “it is about a collective shift that has changed the game and needs to be addressed. We have a responsibility to our fans and the generational talent competing on the field to eliminate these substances and improve the game.”

MLB officials realized the current enforcement wasn’t working, so now it’s in the umpires’ hands. They will check pitchers’ uniforms, caps and gloves for foreign substances primarily in between innings or when they exit a game.

There has not been a major-league pitcher suspended for foreign substances since Will Smith of the Milwaukee Brewers in 2015 and Brian Matusz of the Baltimore Orioles.

While players will not lose pay if suspended, their team will be playing short-handed in their absence. No team can replace a suspended player on the active roster.

Bauer originally called attention to pitchers cheating in 2018, pointing out the Houston Astros’ dramatically increased spin rate, says he’s all for the enforcement, as long as everyone is treated equally.

“That’s been the whole point this entire time,” Bauer said. “Let everyone compete on a fair playing field. So if you’re going to enforce it, enforce it. And if you’re not, then stop sweeping it under the rug, which is what they’ve done for four years now. …

“It would be nice as players to know what rules we’re competing by and what rules are going to be enforced. As everyone knows, a rule that’s written down that’s never enforced is not a rule.’’

Now, it will be enforced.