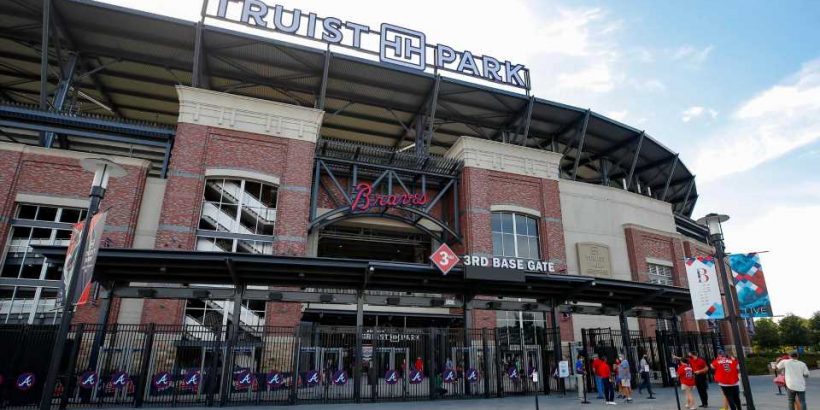 Major League Baseball announced Friday afternoon that it’s pulling the 2021 All-Star Game and MLB Draft out of Atlanta in response to recent voting legislation passed by the Georgia legislature and signed by Gov. Brian Kemp.

A new location has not yet been announced. Senate Bill 202 — which you can read in its entirety here — has been widely criticized by voting rights advocates.

A New York Times piece , summarizing the bill, called it  “… a breathtaking assertion of partisan power in elections, making absentee voting harder and creating restrictions and complications in the wake of narrow losses to Democrats. The New York Times has examined and annotated the law, identifying 16 provisions that hamper the right to vote for some Georgians or strip power from state and local elections officials and give it to legislators.”

This line from MLB commissioner Rob Manfred, in his statement, echoes that interpretation of the bill: “Major League Baseball fundamentally supports voting rights for all Americans and opposes restrictions to the ballot box.”

Still, it’s a somewhat stunning move for MLB, moving the All-Star Game location based on legislation passed by politicians, though it’s not unprecedented in sports in this country.

The NBA moved its All-Star Game out of Charlotte in 2017, in response to House Bill 2, which was passed by North Carolina politicians and limited anti-discrimination measures in the state. After changes were made, in part because of pressure brought by groups like the NBA, the league hosted its All-Star Game in Charlotte in 2019. The WNBA has been at the forefront of social justice issues, with WNBA players playing a large role in shaping the 2020 Georgia senate election, the result of which has been seen as motivation for the legislation that prompted MLB’s recent action.

The NBA and WNBA have long been more progressive, active leagues on social issues. For MLB to make this action, the day after Opening Day and just three-and-a-half months before the All-Star Game, is a big step for the league.

Here’s the full statement from Manfred :

“Over the last week, we have engaged in thoughtful conversations with Clubs, former and current players, the Players Association, and The Players Alliance, among others, to listen to their views. I have decided that the best way to demonstrate our values as a sport is by relocating this year’s All-Star Game and MLB Draft.

“Major League Baseball fundamentally supports voting rights for all Americans and opposes restrictions to the ballot box.  In 2020, MLB became the first professional sports league to join the non-partisan Civic Alliance to help build a future in which everyone participates in shaping the United States. We proudly used our platform to encourage baseball fans and communities throughout our country to perform their civic duty and actively participate in the voting process. Fair access to voting continues to have our game’s unwavering support.

“We will continue with our plans to celebrate the memory of Hank Aaron during this season’s All-Star festivities. In addition, MLB’s planned investments to support local communities in Atlanta as part of our All-Star Legacy Projects will move forward. We are finalizing a new host city and details about these events will be announced shortly.”

The Draft had been held in mid-June for decades, but the shift in date was designed to bring a bit more attention to the annual event. A July draft also means players won’t be drafted during the College World Series.

The news of the move out of Georgia immediately sent shock waves through the sports world, and the responses — applauding and condemning the move — won’t stop anytime soon. Let’s see how MLB handles that.