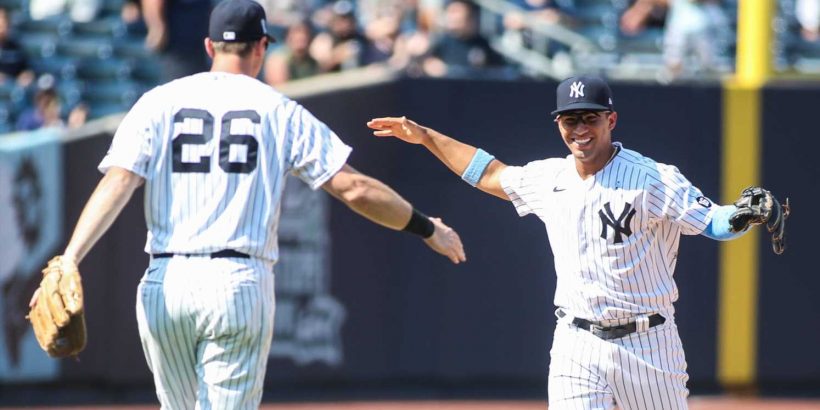 The New York Yankees have found that good things come in threes.

The Yankees turned a triple play for a record-tying third time this season in dramatic fashion, capping off a 2-1 victory on Sunday against the Oakland Athletics.

New York closer Aroldis Chapman was called on to protect a one-run lead in the ninth inning, but he walked the first two batters he faced.

However, Chapman got A's catcher Sean Murphy to hit a hard ground ball to third baseman Gio Urshela, who stepped on the bag for the first out and started an around-the-horn triple play to end the game.

It was MLB's first game-ending triple play since the Philadelphia Phillies did it to the New York Mets on August 23, 2009.

Just three days earlier, the Yankees registered an unconventional triple play against the Toronto Blue Jays. Their first of the season was on May 21 against the Chicago White Sox.