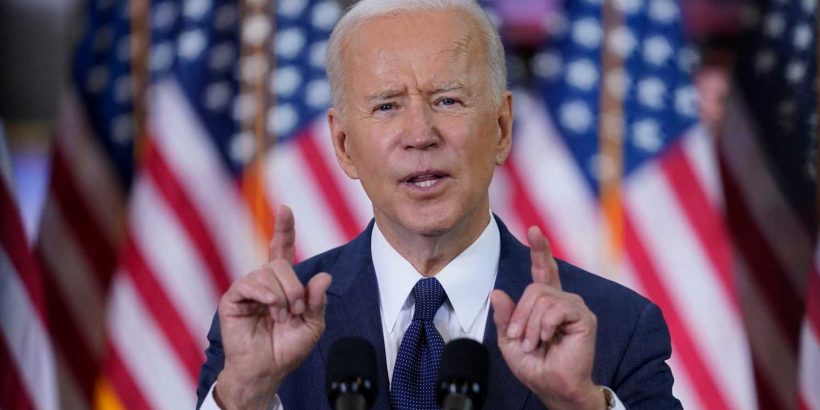 In an interview on ESPN's "SportsCenter" on Wednesday night, President Joe Biden said that he would "strongly support" moving the 2021 MLB All-Star Game out of Atlanta.

That was in response to a question about Major League Baseball Players Association executive director Tony Clark, who said last week that he "would look forward" to discussing moving the All-Star Game from Truist Park after the state of Georgia enacted a sweeping Republican-sponsored overhaul of state elections.

"I think today's professional athletes are acting incredibly responsibly. I would strongly support them doing that," Biden, a Democrat, said. "People look to them. They're leaders.

OPINION: This time when fighting racism, the sports world failed

When MLB opens its 2021 season Thursday, there will be one very noticeable difference from its truncated 2020 campaign.

There will be fans in the stands.

And, while the majority of teams will open their stadiums at 25% capacity or fewer, one team plans to open its entire stadium to fans.

The Texas Rangers – whose home opener is on April 5 against the Toronto Blue Jays – intend to sell every seat in the 40,000-seat Globe Life Field. That is because Texas Gov. Greg Abbott announced in early March that he would end the state-wide mask order and "open Texas 100%."

Biden was critical of the Rangers' decision as the nation continues to grapple with the coronavirus pandemic as an increasing number of people continue to get vaccinated.

"That's the decision they've made. I think it's a mistake," Biden said. "They should listen to Dr. (Anthony) Fauci and the scientists and the experts. I think that is not responsible."

The Rangers' in-state rival, the Houston Astros, plan to open Minute Maid Park at 50% capacity when they have their home opener against the Oakland Athletics on April 8. Outside of Texas, only the Arizona Diamondbacks plan to have more fans than other teams at 40% capacity.

On the eve of baseball's opening day, MLB Commissioner Rob Manfred said that he hopes stadiums can be at full capacity by midsummer.

“I hope by midsummer that we have ballparks that are unrestricted and we have full fan access,” Manfred said.

Biden has attended three World Cups (two men's, one women's) and was in attendance at Vancouver's BC Place when the U.S. women's national soccer team won the 2015 World Cup final against Japan. Last week, Biden and first lady Jill Biden hosted soccer star Megan Rapinoe and her USWNT teammate Margaret Purce for Equal Pay Day. Rapinoe spoke at the event, saying that "despite all the wins, I'm still paid less than men who do the same job I do."