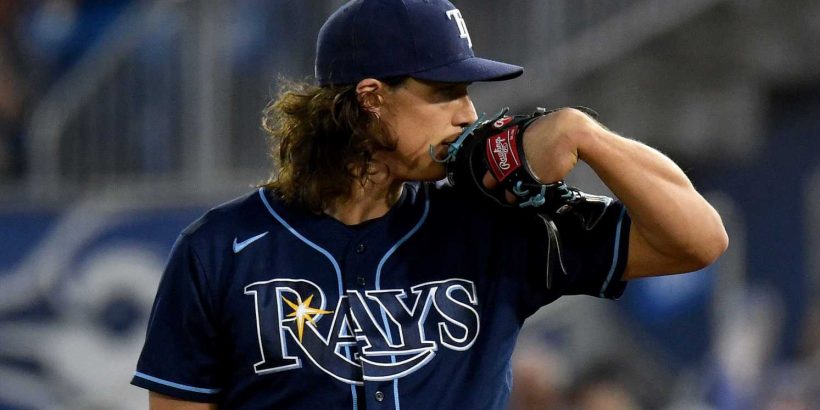 The Tampa Bay Rays have placed ace pitcher Tyler Glasnow on the injured list after an MRI on Tuesday revealed a partially torn UCL, as well as a flexor strain.

Glasnow exited his start Monday night against the Chicago White Sox after only four innings after experiencing what he called "a little tug" in his pitching elbow.

To that point in the game, Glasnow appeared to be just fine. He allowed two runs on three hits and a walk and struck out six over his four innings of work.

But he became visibly agitated pitching to his final batter of the fourth inning.

Only 4 innings for Tyler Glasnow. Not sure what’s wrong. pic.twitter.com/YtiFdPBxV3

Injuries to the ulnar collateral ligament are often precursors to Tommy John surgery, but the Rays say Glasnow will try to treat the issue with rest and rehab in hopes of returning later this season.

In 14 starts this season for the first-place Rays, Glasnow has a 5-2 record with a 2.66 ERA and 0.93 WHIP. He also ranks second in the majors with 123 strikeouts, just behind Cleveland's Shane Bieber.

He also becomes the third high-profile starting pitcher to go on the injured list in two days – joining Bieber, out with a shoulder strain, and the Washington Nationals' Max Scherzer, who is sidelined with a groin injury.