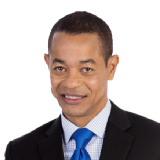 Enrique Rojas is a reporter and columnist for ESPNdeportes.com and ESPN.com.

ARLINGTON, Texas — For the second time in 10 months, the Boston Red Sox interviewed Luis Urueta for the vacant manager position, sources said to ESPNDeportes.com on Friday.

Alex Cora, who parted ways with Boston and was suspended for one season by Major League Baseball for his role in the Houston Astros sign-stealing scandal, also is reportedly a candidate, but he can’t interview with the Red Sox until the World Series has been completed.

Boston, which ended the 60-game shortened season with a 24-36 record, last in the AL East, decided not to retain manager Ron Roenicke, who replaced Cora in January after serving on his coaching staff.

Before naming Roenicke, the Red Sox interviewed Urueta during the search process.

Urueta, 39, has been a member of the coaching staff of the Arizona Diamondbacks since 2018. He also is the manager of Gigantes del Cibao in the Dominican Republic winter league and was the manager of Colombia in its debut in the World Baseball Classic in 2017.

Cora led the Red Sox to the 2018 World Series title. A possible return to Boston has been predicted for months, but the Red Sox aren’t the only franchise looking for a manager. Detroit general manager Al Avila has said he has Cora and former Astros manager AJ Hinch, also suspended until after the World Series, “on my list” for the Tigers’ managerial vacancy.