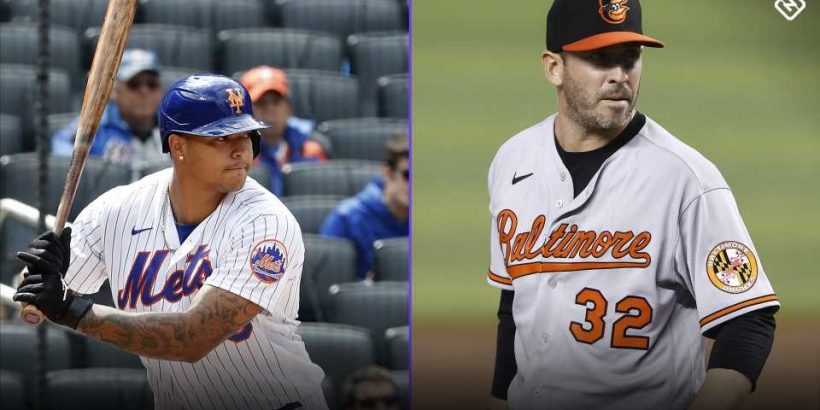 Matt Harvey had both a day to remember and forget on Wednesday, returning to Citi Field for the first time since he was a Met in 2018.

For “The Dark Knight,” returning to Gotham City was nostalgic, as the Citi faithful gave him a warm welcome back. But the results weren’t there: Harvey was shelled, giving up seven earned runs in 4 1/3 innings.

One particular at-bat didn’t give Harvey much trouble: a fourth-inning strikeout of Mets pitcher Taijuan Walker, who didn’t show much urgency to swing the stick, going down on three straight strikes.

Not exactly up there hacking, and it’s not as though the Mets were pouring it on: They were up 4-0 at that point, not exactly a game out of reach that would lend itself to easing up on the gas pedal.

To give Walker a little benefit of the doubt here, he shoved on the day, throwing seven innings of one-run ball in the 7-1 win over Baltimore.

Walker entered the day hitting .071 on the season, which isn’t really a problem, considering how well he’s pitched so far for New York NL (2.20 ERA through seven starts). Suffice it to say, he’s taking care of his end of the bargain on the mound, which is all that should really matter.

But this leads to the elephant in the batter’s box conversation: How much longer are we going to see professional pitchers pretend to be professional hitters? Pitchers in baseball are hitting a collective .099 entering Wednesday’s games, so they’re not exactly lighting it up in the box.

This certainly won’t placate the “Abolish The DH” crowd.