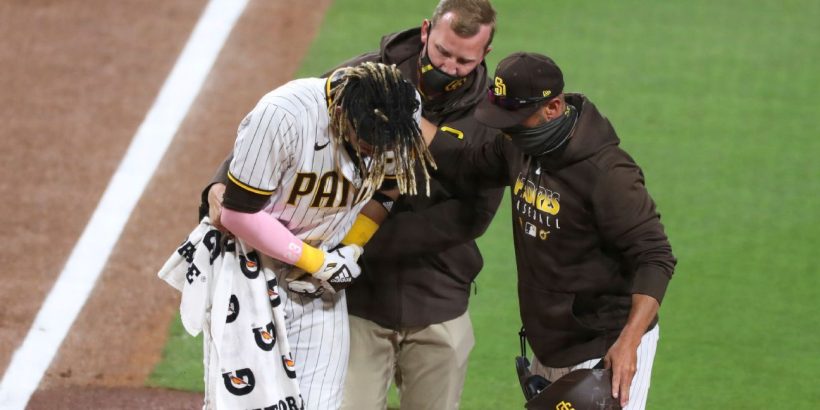 Tatis suffered the latest injury to his troublesome left shoulder on a hard swing Monday and left San Diego’s loss to the San Francisco Giants. The Padres on Monday said Tatis had suffered a shoulder subluxation, which is a partial dislocation of the joint.

Preller said Tuesday further exams showed a slight labrum tear consistent with a subluxation but no inflammation. He said the injury is “non-surgical” and that the IL move is “just being safe.”

The Padres hope Tatis can return as quickly as 10 days.

Padres manager Jayce Tingler told reporters after the Giants game that Tatis had experienced minor dislocations in the past but said Monday’s incident was the most pain he had ever seen Tatis in. Tingler also said the nagging shoulder issue might have been bothering Tatis “more than we realized.”

Tatis crumpled to the ground in pain after swinging and missing at a 2-2 pitch from San Francisco’s Anthony DeSclafani in the third inning, leaving Petco Park in silence. He walked off the field with assistance from Tingler and a trainer, cradling his left arm against his body.

Tatis, 22, struggled through the first five games of this season, batting just .167 and committing five errors, although he hit a 465-foot home run Sunday in a loss to the Arizona Diamondbacks. He signed the longest contract in big league history on Feb. 22, a 14-year, $340 million deal.