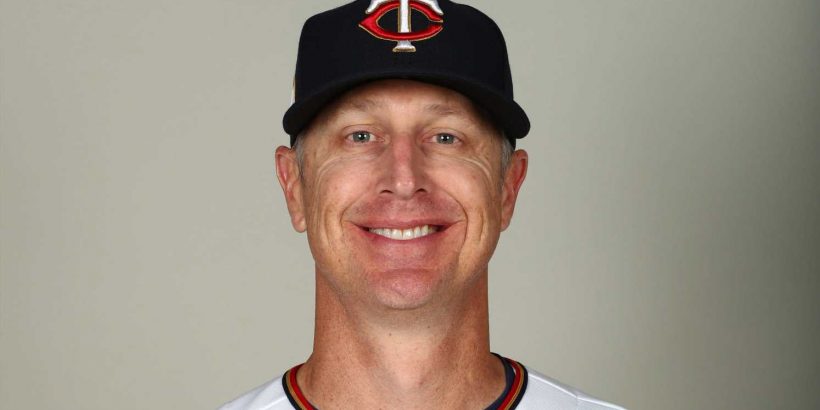 Mike Bell, the Minnesota Twins bench coach who was a versatile and beloved member of a three-generation baseball family, died Friday at the age of 46, nearly two months after he underwent surgery for kidney cancer.

Bell was entering his second year as manager Rocco Baldelli’s top lieutenant, but Baldelli announced on Feb. 17 that Bell underwent surgery on Jan. 28 and would be absent for an indefinite period.

He was married with three children.

“The Minnesota Twins are devastated by the loss of Mike Bell,” the club said in a statement. “In his short time with our club, Mike had an indelibly positive impact – not only on the quality of our team on the field, but most importantly upon everyone whom he met.

"Widely respected in our game, all who knew Mike, on and off the field, are better for the experience. The Twins join the baseball world in mourning Mike’s untimely passing; our thoughts and best wishes are with his wife, Kelly, his three children, Luke, Mikayla and Madeline, and the entire Bell family during this difficult time.”

Mike Bell left his biggest imprint on the Arizona Diamondbacks, with whom he spent 13 years climbing the ladder in their player-development department. That rise culminated in a three-year stint as vice president of player development, before the Twins hired him to replace Derek Shelton, hired as the Pirates’ manager, as Baldelli’s bench coach before the 2020 season.

“Mike was truly beloved by everyone who knew him – from coaches and players to colleagues and staff in Arizona and throughout our minor league system,” the Diamondbacks said in a statement. “His loss leaves a huge hole in our hearts but his impact cannot be overstated and his legacy will not be forgotten. Mike brought authenticity and positive energy to every interaction he had, both on and off the field, and he was a true leader in the game of baseball that has embraced his family for three generations.”

Doctors discovered a large tumor in Bell’s kidney during a routine checkup after he felt ill in January; he was recuperating in Arizona since surgery.

“He’s been through a lot over the past month, and he’s handling it all incredibly well,” David Bell told reporters in February after Mike’s surgery was revealed. “At this point, he’s at home, which is really important to him, and he’s just focused on getting healthy, getting stronger.

The pandemic-shortened 2020 season offered a special moment for the brothers when they met to present the lineup cards at a Twins-Reds game in September at Target Field.

“We’ll enjoy it,” Mike Bell said then. “Getting to be on the same major league field as my brother, not a lot of people can say they’ve done that before. I know I’ll cherish it.”