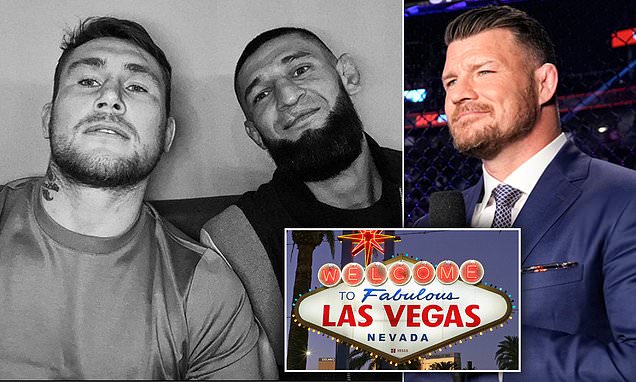 Khamzat Chimaev ‘drove like a MANIAC on the wrong side of the road, dodging traffic’ in Las Vegas alongside partner in crime Darren Till to wind up Michael Bisping… and ex-champ reveals nightmare ride ended by ‘doing doughnuts at the gas station!’

Michael Bisping has revealed a hilarious, death-defying journey he took with Khamzat Chimaev and Darren Till.

Till and Chimaev have struck up and unlikely bromance as training partners and were both in Las Vegas at the weekend, along with Bisping on UFC 272 commentary duty.

And the pair decided to wind-up Bisping after picking him up for dinner on the Friday evening. 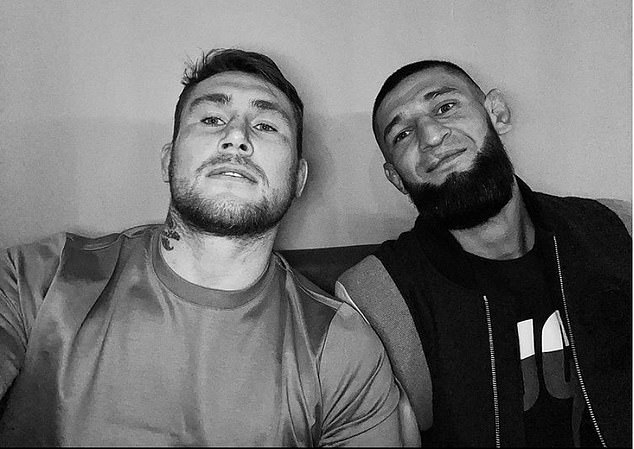 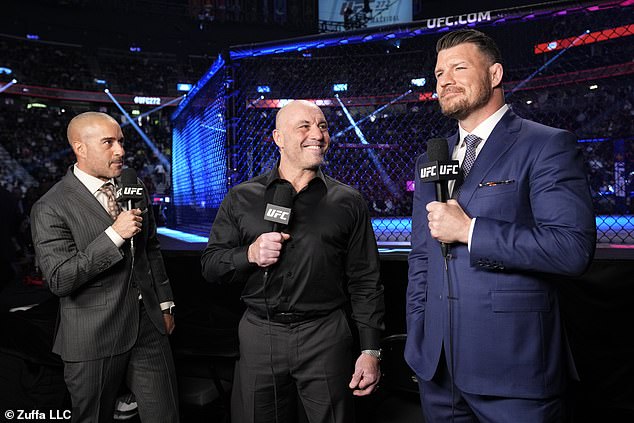 The former middleweight champion told the MMA Hour: ‘So they’re in town with Darren cause Khamzat’s training for his fight with Gilbert Burns in April and they’re all staying [together].

‘I was commentating on the weekend and we went out for dinner Friday night. And they picked me up from the hotel, which was very nice. [When] They drive me back to the hotel… they get a little giddy.

‘Khamzat’s driving like an absolute goddamn maniac. And I mean a maniac. On the wrong side of the road, purposefully dodging traffic. I’m in the back, “Ahh!! Ahh!!” Screaming, putting my seatbelt on and I’m like, “Stop, stop, stop!”

‘They pull up to the gas station, I went in to buy some milk for my coffee in the morning, and I come out, they’re doing doughnuts like maniacs in the car park.

‘I’m like, “Guys, you’re going to get arrested.” I get in the car, Darren Till starts doing more doughnuts, just misses the fuel pump by about this much, oh my god.

‘Let me out of this car. If they make it to the fight, if they don’t die, I’m gonna be very, very impressed!.’

Chimaev is preparing for his fight against Gilbert Burns and will almost certainly be next in line for a title shot with a win.

They will lock horns at UFC 273 as part of a stacked card headlined by Alexander Volkanovski vs Chan Sung Jung.

Till is fighting his way back from a serious knee injury and looking to get fully fit again following his latest defeat by Derek Brunson. 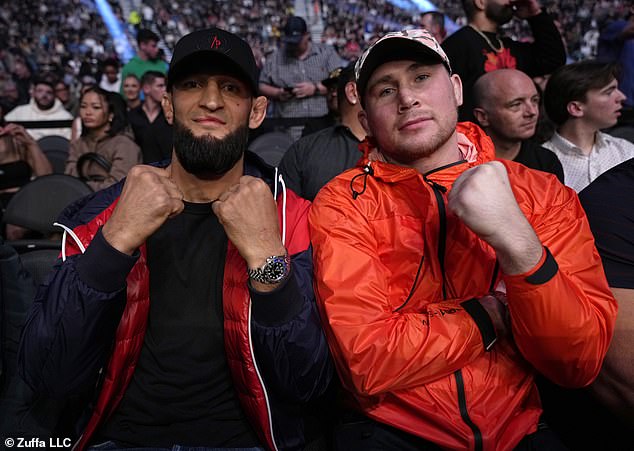