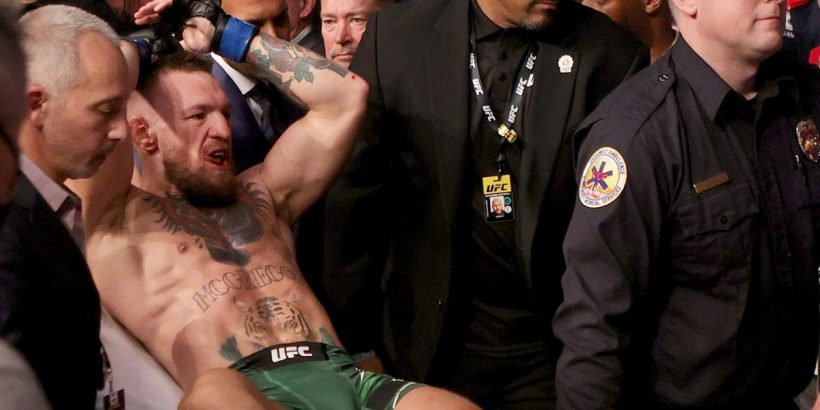 The tweets came in response to one of McGregor's followers saying that Bisping had claimed that former heavyweight star Daniel Cormier would tear McGregor "limb from limb" in a fight.

Having seen that suggestion, McGregor let loose in the latest in a series of unhinged threads on the social media platform. The first response attacked Bisping's level of fame before criticising his ability as a fighter. The tweet reads: "Bisping is a nobody on Sirius xm.

"Rushed back to competition after being dropped/strangled and then gets shotgun slept by [Kelvin] Gastelum's left hand. Devastating. Even though I collect commission on all his fights, I still said to the team to pull the [Gastelum] fight. I knew it was coming."

In the second tweet, McGregor boasted of how Bisping's decision to fight resulted in his own financial gain. He wrote: "But hey, 100k! 50k off the top of each fight. I used to say “yoink” every time it hit the account."

McGregor has become increasingly prevalent on Twitter since his most recent defeat to Dustin Poirier at UFC 264. He has become involved in various spats and outbursts in the last week alone, deleting many of the tweets soon after posting.

McGregor's issue with Cormier was the subject of the previous rampage, as the Irishman looked to belittle Cormier's health and professionalism as a broadcaster.

The now deleted tweets read: "Daniel Cormier is a fat mess. Getting into worse condition by the day. God bless him. Showing up drunk at media events the very day before he was in the booth calling my fight.

"Drunk at a media event working? The day before being a commentator on the biggest fight in history?"

Cormier had in fact been asked to drink beers with one of his media partners Laura Sanko as part of the coverage of the UFC 264 weigh-in as Sanko has since explained- however McGregor failed to acknowledge that and continued his rant.

He added: "It is a sackable offence for a commentator to be drunk at press work the day before commentating the big fight. Dreadful! Get it together.

"Belching in the mic at a press event and an all wtf. The day before commenting the big fight? Is this guy serious? Disgraceful."

The final tweet in the tirade went after Cormier's capacity as a fighter and mocked him for his loss to Jon Jones. Tagging Cormier directly on this occasion, McGregor wrote: "@dc_mma Your back situations just mental too. Your weight and way of life is abysmal.

"And now drunk at work the day before you commentate a McGregor event? Pitiful. Congrats Jon on his head kick KO anniversary over you. Good always defeats evil? Wasn’t sure you were evil. Fakes."

McGregor is currently recovering from the broken leg he suffered against Poirier at the UFC 264 event.