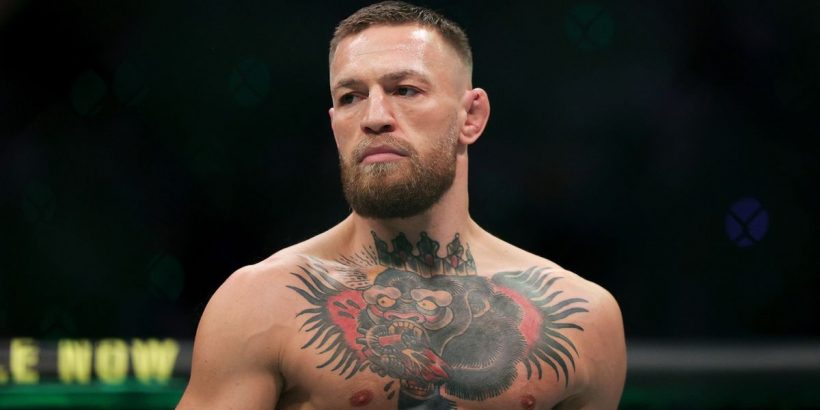 McGregor has aimed rants at the likes of Daniel Cormier, Michael Bisping and Khabib Nurmagomedov since his UFC 264 loss to Dustin Poirier last month.

The Irishman criticised Cormier for drinking alcohol whilst on commentary duty for UFC 264, called Bisping a "nobody" and seemingly mocked the death of Nurmagomedov's father, Abdulmanap.

And Smith thinks McGregor has crossed a line with his attacks on Nurmagomedov's religion and family.

“I can’t handle the tweeting stuff. I didn’t like it when he was attacking Khabib (Nurmagomedov) and his family and his religion and the personal stuff," Smith told LowKickMMA.

"Me and Luke Rockhold have gone back-and-forth several times and neither one of us has ever attacked each other personally. Even Jon (Jones) and I, I mean, it got a little personal but it hasn’t really crossed over to like, too much.

"He’s made some jokes and he thinks he’s funny and whatever. but it’s never gotten to that point where we were attacking each other’s families.”

Smith also wasn't a fan of McGregor's claim that he had "pre-existing injuries" heading into his trilogy fight with Poirier.

'Lionheart' said most fighters are injured heading into fights and thinks Poirier was likely just as injured as McGregor.

McGregor is known for his trash talk and bravado, but Smith has been left shocked at some of his recent comments.

He is surprised that McGregor has the "b****" to come out with the things he does, stating he has seen people "get shot" for less.

“With Conor it’s just, it’s too far, it’s way too far. Take all this fighting b******* out of the picture, like people get shot for a lot less than that just walking down the street, I don’t know. Maybe I just grew up different," Smith continued.

"Maybe I’ve grown up different and I’ve seen some crazier sh-t… Like I’m just so shocked that he (McGregor) has the balls to (do this).

Do you agree with Smith's view on McGregor's tweets? Comment below

"Like I don’t understand why you feel so free to say things like that, like is he really that untouchable and really just feels like he’s just free to say what he wants? Maybe, I guess he’s got a bunch of security around him. There’s some people that you can’t talk like that about. It’s just weird to me.”

UFC president Dana White predicts McGregor, who has now lost twice to Poirier in 2021, will be sidelined for a year after his leg break and expects the former two-weight champion to return in the summer of next year.