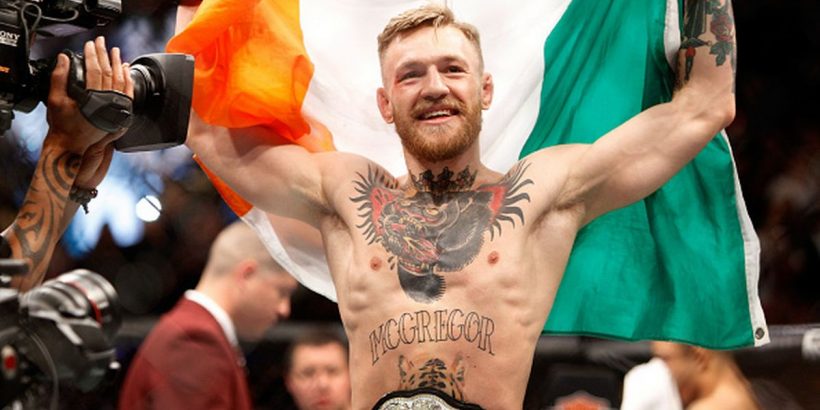 Conor McGregor has been ridiculed by fans on social media after sharing his aspirations of getting his hands on another UFC title.

McGregor faces a lengthy spell on the sidelines after suffering a broken leg against Dustin Poirer in their trilogy fight at UFC 264 earlier this month.

The loss was McGregor's second consecutive defeat after being knocked out by Poirier in their rematch in January.

Despite his major setback, McGregor is still in high spirits and shared his hopes of winning a title upon his return on social media.

"Have that belt spit shined for me," McGregor wrote.

This tweet was quickly shot down by combat sports fans, with many thinking that McGregor stands no chance of competing against the upper echelon of the lightweight division when he returns.

"He is so far from the lightweight title. He's a legend. What he achieved for the sport is incomparable. All he risks now is losing that status and tainting his career. He’s not active enough. I agree with others, that he will probably turn to “boxing” you tubers next for that cash," one user said.

While another added: "(McGregor) will (very likely) never ever be the same again inside the octagon after this nasty career-changing lower leg injury, and will get destroyed by the top five to six ranked fighters.

"Covid is good and father is evil?" McGregor wrote.

Will McGregor ever get his hands on a UFC title again? Comment below

And of his hopes of becoming a champion again, another user said: "He should consider fighting a easy opponent and then announcing his retirement. This circus show is going on for too long."

McGregor was criticised for threatening to kill Poirier and his wife following his stoppage loss at UFC 264. As a result of this, McGregor could be punished by the UFC.

It seems to be a growing consensus that the Irishman will entertain a boxing match with social media star Jake Paul, as a fourth user stated: "Please stop with this. He’s the all time greatest prize fighter that’s ever lived, no one can ever take that away from him.

"Let’s leave it at that and not pretend he’s elite anymore. I’d bet he’ll end up boxing Jake Paul next."

Having recently has a titanium rod placed in his left leg, McGregor is unlikely to fight again until mid-2022. On the other hand, Poirier is set to fight current UFC lightweight champion Charles Oliveira later this year.