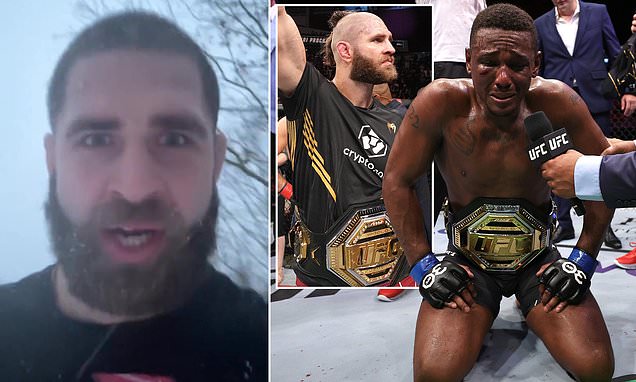 ‘Congratulations… I am coming!’: Jiri Prochazka issues chilling warning to new UFC champion Jamahal Hill in intense video in the snow, with Czech fighter desperate to reclaim belt he vacated due to horrific shoulder injury

Jiri Prochazka has called out the new UFC champion Jamahal Hill with an intense video in the snow.

But Prochazka now desperately wants to reclaim the belt he vacated due to a horrific shoulder injury – and made that abundantly clear to the American. 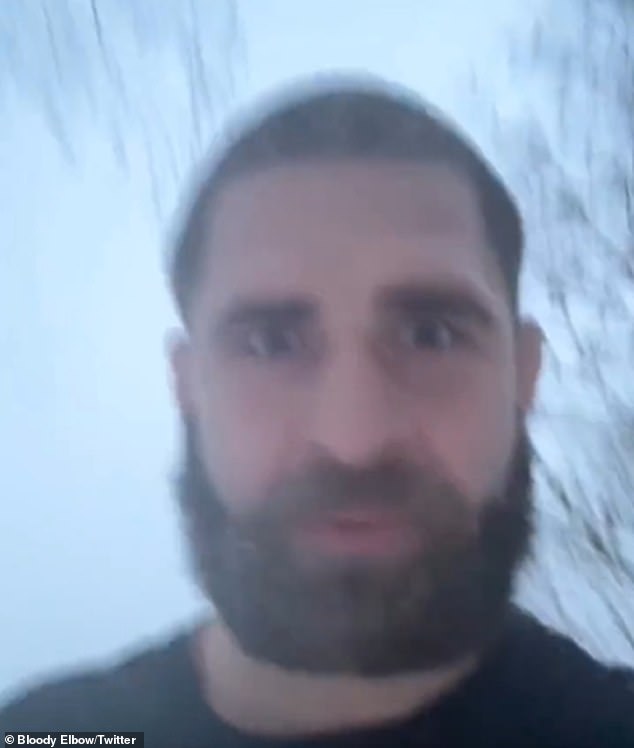 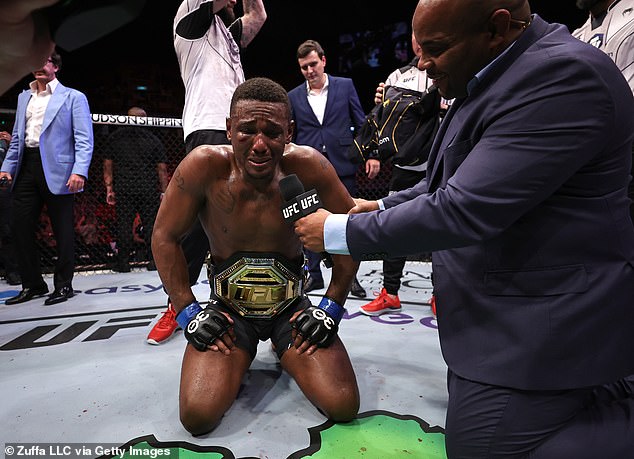 In a short clip which shows Prochazka, 30, in just a black t-shirt as snows falls around him, he opens by saying ‘congratulations’.

There is then a long pause as ‘Denisa’ stares down the camera before he simply declares ‘I am coming’. He pulls the camera close in to his face before roaring ‘I AM COMING!’ in a chilling warning to Hill.

Prochazka, 29-3-1, has won his last 13 fights, including a submission against Hill’s opponent Teixeira in June to win the light-heavyweight championship in the Fight of the Night at UFC 275. 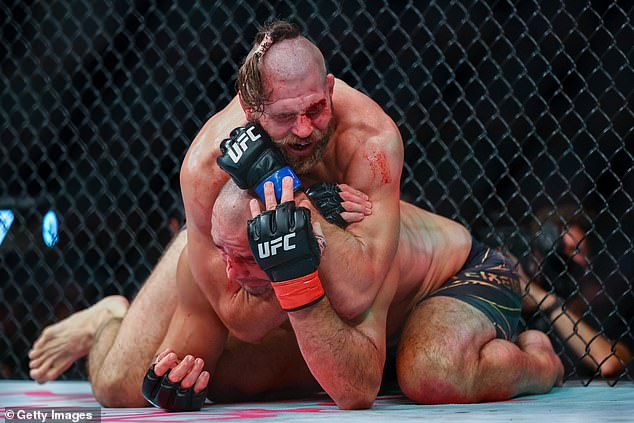 And Czech Prochazka (top), who was forced to vacate the belt due to injury, now wants it back

He was booked in for a re-match at UFC 282 in December but was forced to withdraw with a horrific injury to his right shoulder, and was forced to vacate the title – which Hill then took with victory against Teixeira at the weekend.

‘Sweet Dreams’, 31 and now 12-1, takes home the Fight of the Night award with the victory.

Elsewhere at UFC 283, Brandon Moreno was forced to flee the arena as furious fans threw beer and objects at him after beating home favourite Deiveson Figueiredo to reclaim his title.