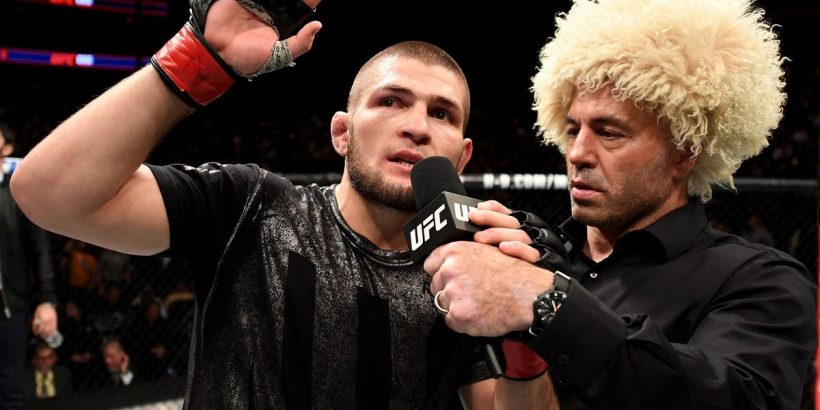 Khabib Nurmagomedov lived up to a vow he made in 2015 by retiring from mixed martial arts with a faultless undefeated record.

The Russian last fought at UFC 254 in October 2020, when he submitted interim champion Justin Gaethje to defend his lightweight belt.

But many – including UFC president Dana White – hoped Nurmagomedov could be tempted back to the Octagon for another fight.

The Dagestan native has bad blood with Irish superstar Conor McGregor and a rematch of their 2018 bout – which Nurmagomedov won by submission – would be one of the biggest fights in the sport's history.

White admitted defeat in his attempts to prise Nurmagomedov out of retirement, however, saying last week the 32-year-old was "100 per cent officially retired".

He added: "It was incredible to watch you work. Thank you for everything and enjoy whatever is next my friend."

The official confirmation of Nurmagomedov's retirement means his bold prediction from April 2015 has been proved correct.

Responding to fans on Twitter almost six years ago, Nurmagomedov declared: "I will retire undefeated."

At that time, he was three years into his UFC career with his most recent victory coming against Rafael dos Anjos, who went on to win the lightweight belt.

Nurmagomedov would fight seven more times, beating Al Iaquinta to win the vacant UFC lightweight championship in 2018 and defending it with submission victories over McGregor, Dustin Poirier and Gaethje to extend his professional record to 29 wins without loss.

Is Khabib Nurmagomedov the greatest UFC fighter of all time? Have your say in the comments.

Meanwhile, McGregor has been quick to taunt his old enemy since the official announcement of his retirement.

"Happy retirement kid, smell ya later. Never forget who came in the game and made ye. Straight from my big Irish balls," said McGregor.

"Remember folks, if you hate cutting weight so much, all you have to do is move up a division. God bless."