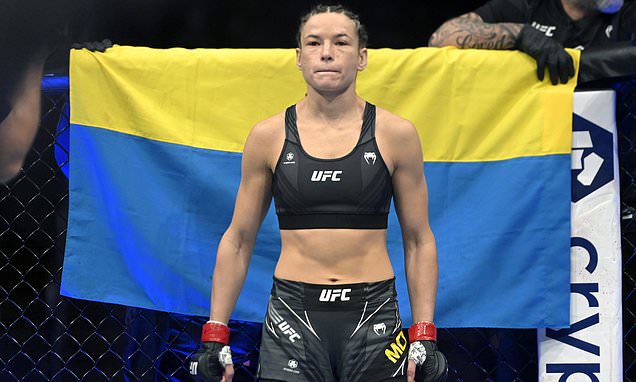 ‘I want to support my country, my president, the whole army’: Maryna Moroz stands by Ukraine in emotional post-fight speech following victory over Mariya Agapova at UFC 272…admitting it’s been ‘hard’ to see her family are ‘in such a bad situation’

Moroz used a spectacular arm-triangle choke to force Agapova into submission during the second round of their fight in Las Vegas.

Speaking after the fight, Moroz said it had been a ‘hard week’ as her family is currently in Ukraine. She said she spent the last few days ‘worrying’ and ‘crying’ as Russia continue to invade her homeland.

Having been handed the microphone from Joe Rogan, Moroz said: ‘My family is in Ukraine. I had a hard week. I worried, I cried, because my family is right now in a bad situation.

‘Thank you to everyone who messaged me, because this week was hard for me. I want to cry because of this war my country is in.’

She went on to add: ‘It’s hard time for Ukraine. I want to support my country, my president, whole army in Ukraine, and I want to say we don’t want war. I worry about my family right now.’

Moroz had also addressed Russian president Vladimir Putin directly ahead of her fight. She said: ‘F**k you, bitch! I love my country. Don’t touch Ukraine!’. 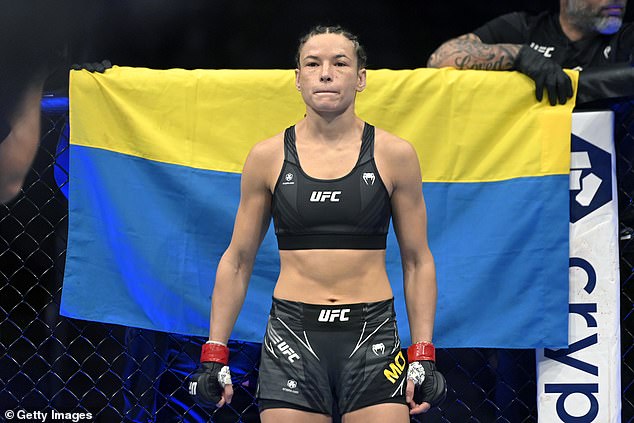 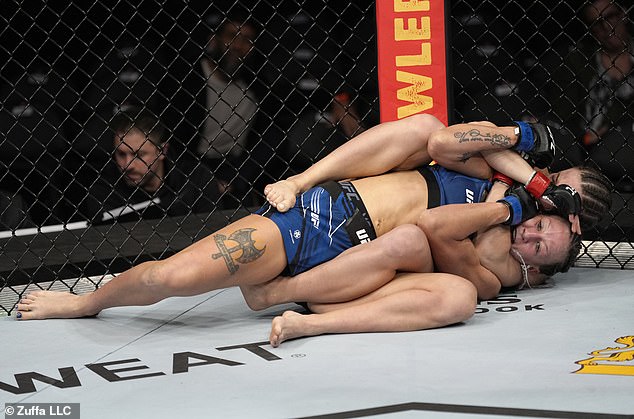 Maryna – who had entered the contest sporting a two-fight winning streak – was furious over the events that have unfolded in Ukraine.

Kharkiv and Chernihiv – where a Russian jet was shot down – remain as the targets of strikes, while fighting has reached the outskirts of Mykolaiv.

However, Putin has come under pressure from his own soldiers to stop the war. At a press conference in Kyiv on Saturday, captured Russian troops condemned the mission and called on their fellow citizens to rally against the conflict. 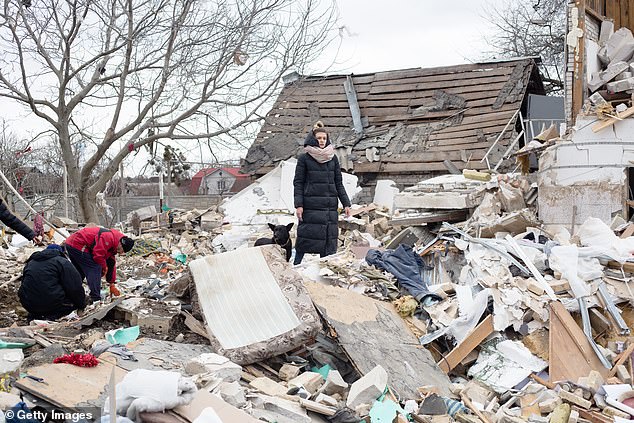 Russia have continued to strike Kharkiv and Chernihiv, while Mykolaiv has also be targeted 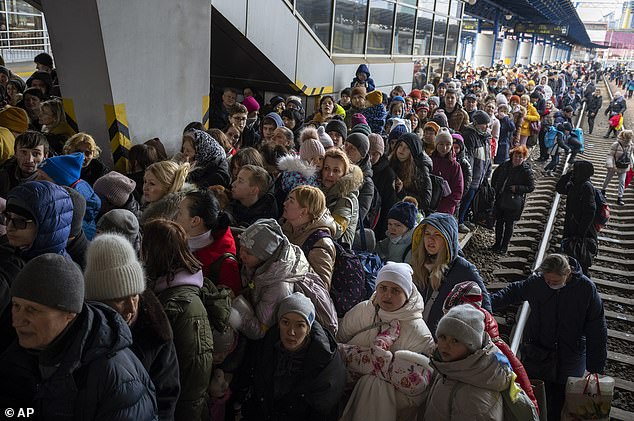 Russia offered safe passage to 200,000 Ukrainian refugees from Mariupol and 15,000 from Volnovakha but only 400 refugees managed to flee Volnovakha before attacks began again

This came shortly after Putin had offered safe passage to Ukrainian refugees – only to bombard them with artillery as they fled.

Some 200,000 civilians had been set to leave the port city of Mariupol and 15,000 from Volnovakha in eastern Ukraine at 7am yesterday (UK time) as part of a temporary ceasefire deal overseen by the Red Cross.

However, just 400 refugees managed to flee Volnovakha before the ceasefire was shattered. 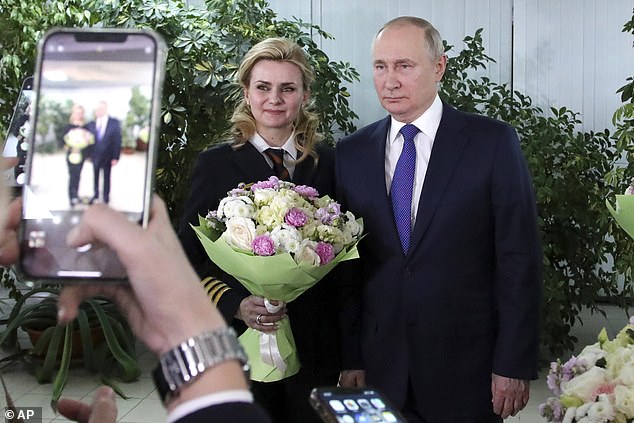 As a result, the Russian President (right) faced an unprecedented wave of international fury