The Cameroonian heavyweight caught his veteran opponent early on after an attempted takedown during which Velasquez’s knee buckled from underneath him. 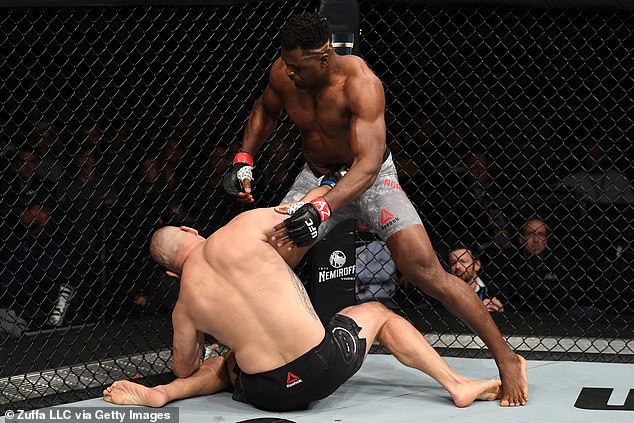 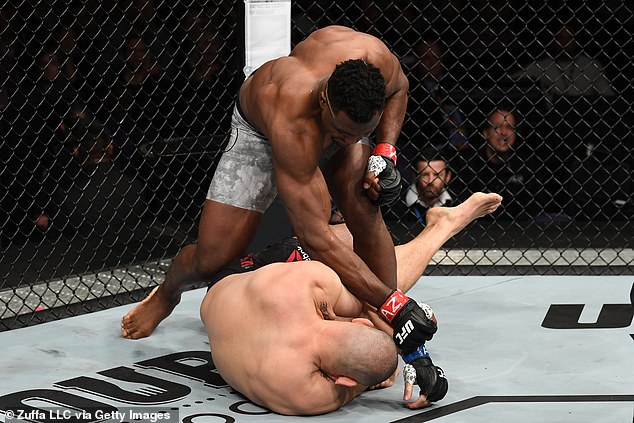 Velasquez is widely considered one of the best fighters of all time but has seen his career blighted by injury.

He’s fought only twice in four years and again it was his body that let him down, though Ngannou must be given credit for his swift and destructive finish.

The younger man is undoubtedly one of the scariest athletes in MMA and put himself back in the title picture.

After the victory he told ESPN: ‘I promise you guys, I’m back. As I’ve said before, I’m back and you are going to see me around again. I told you I had some surprise for you and I hope you like it.

‘[The finish] was very fast so I didn’t even realise what happened. It was very fast. I felt good and I’m just here to have fun and relax and enjoy my fight.

‘I’ve been waiting for this fight since two years ago because I know I needed a challenge of the likes of Cain to prove myself.’ 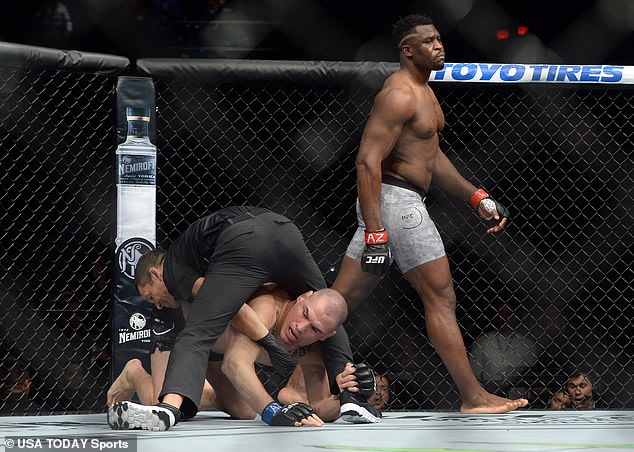 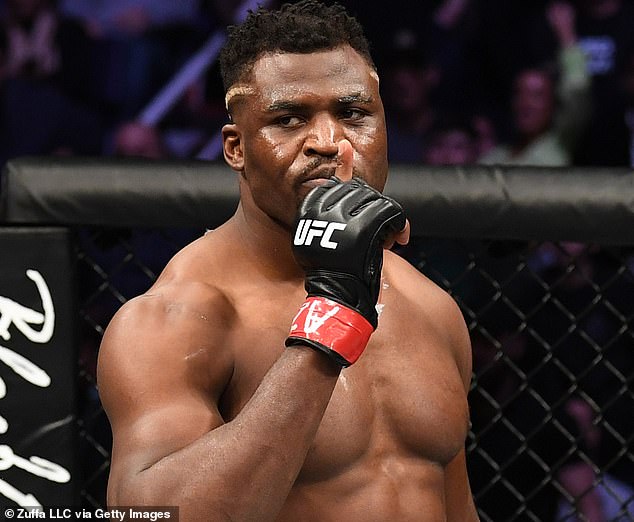 Velasquez, 36, took the defeat with grace and pledged to return stronger.

‘Give it up to Francis. He came in here and did his job. I stayed a little too close, too early.

‘[My knee] just kind of buckled there on the shots. I stayed a little too close and it was dangerous. What are you going to do?

‘[I’ll return] as soon as I’m all good,’ Velasquez said. ‘I felt super ready for this fight; even came in here super calm and relaxed and ready to go.

‘If that’s something that we decide we want to do, that’s what I’ll do…I would beat Francis Ngannou,’ he declared. 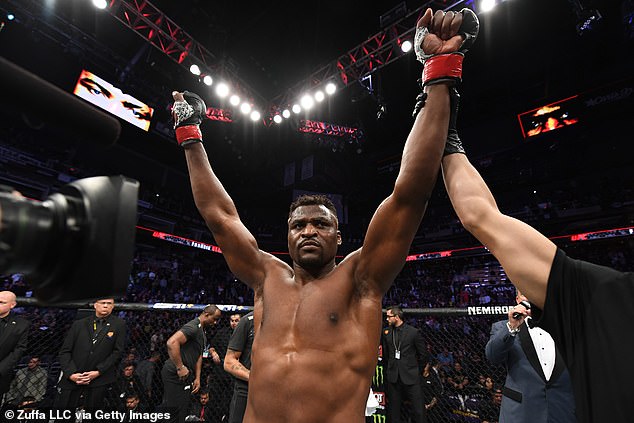