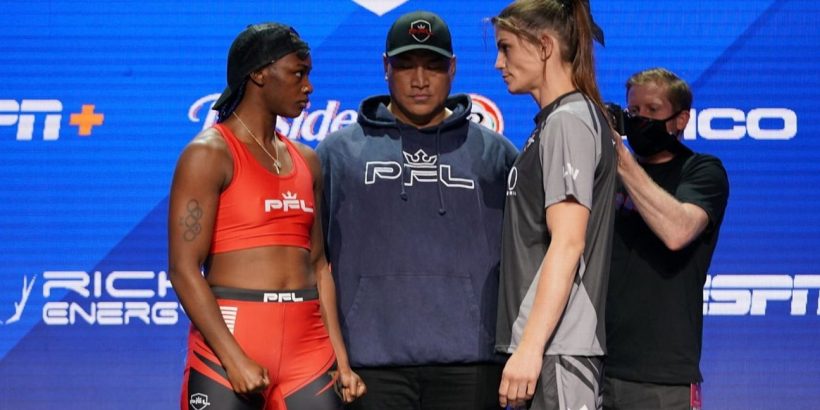 The main event will transform one of the most decorated champions in sports into a fresh-faced neophyte.

But Shields’ lightweight bout against Brittney Elkin is essentially a bonus draw on a night when the PFL’s featherweights and men’s lightweights try to secure spots in the playoffs. Four fighters in each division will qualify and get to continue on a journey that will culminate on New Year’s Eve with champions crowned in six divisions, each winning $1 million prizes.

Follow along throughout the night as Jeff Wagenheim breaks down the action, fight by fight.