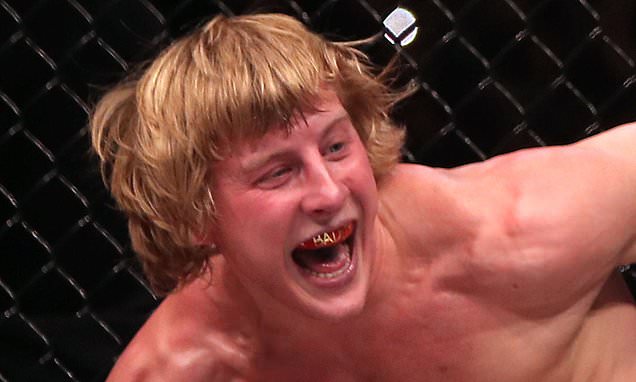 Paddy Pimblett delivers on home soil as Britain’s UFC rising star secures a first round submission victory over Kazula Vargas in London – and the fan-favourite then calls out ‘bully’ Mark Zuckerberg!

Tom Aspinall may be headlining UFC London but all eyes have been on Paddy Pimblett this week, and the UFC’s hottest rising star did not disappoint on home soil.

The Baddy has made quite the impression since debuting last year, with the popular Liverpudlian already a household name among fans due to his endearing personality and unique look.

Pimblett says he is never in a boring fight and although his clash with Kazula Vargas ended inside the first round, it certainly delivered. 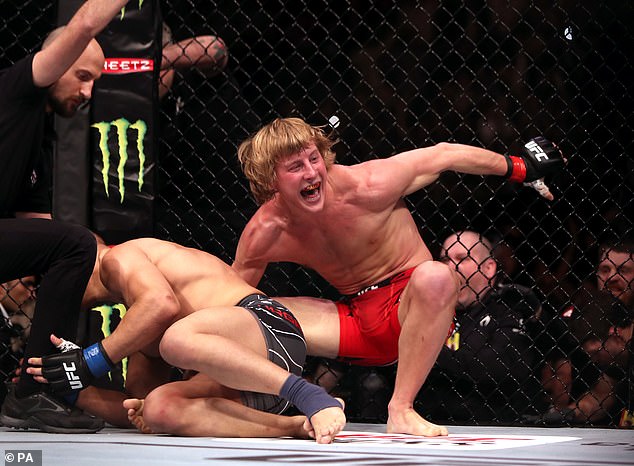 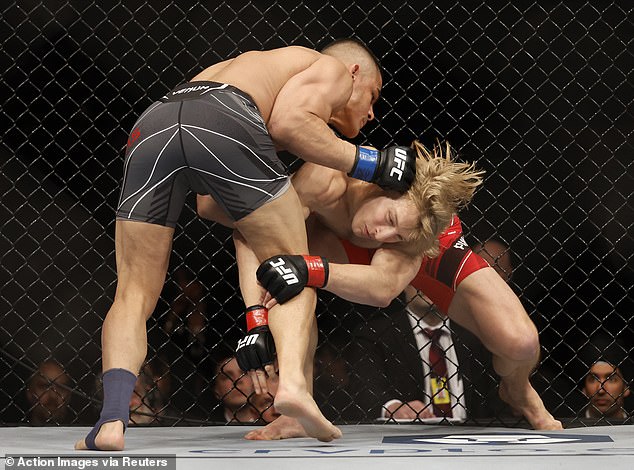 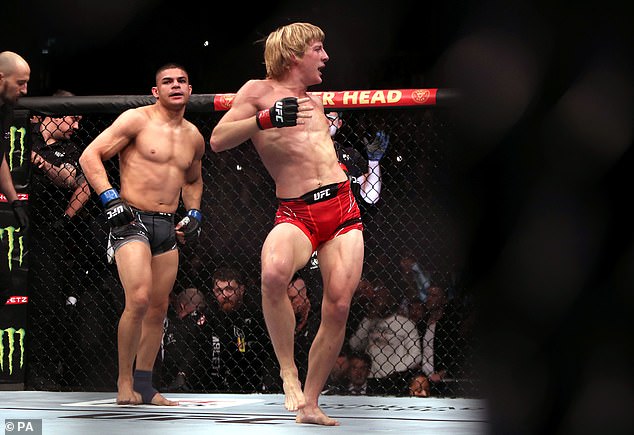 The 27-year-old did not have things all his own way, with the Mexican underdog landing a crunching hook and taking the former Cage Warriors champion to the mat in the early knockings.

But Pimblett ensured he took as little damage as possible on his back, worked to his feet and wrestled Vargas to the ground with a superb hip toss.

From that position, Pimblett worked his way to his rival’s back and that was all she wrote from there, sinking in a deep rear naked choke and forcing the tap.

Party time ensued in the O2 Arena, while Next Gen team-mate Molly McCann tore into the Octagon to congratulate her friend – having defeated Luana Carolina earlier on the card. 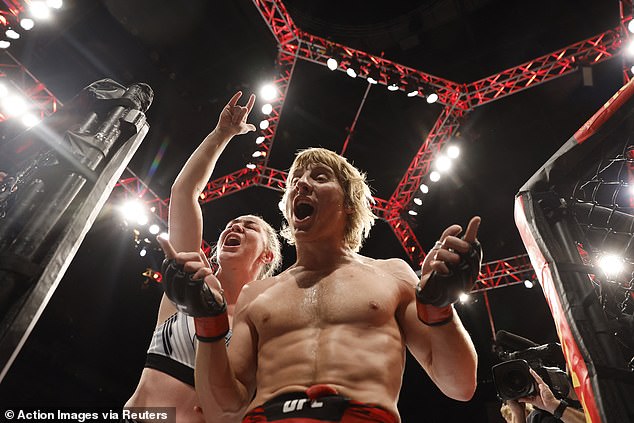 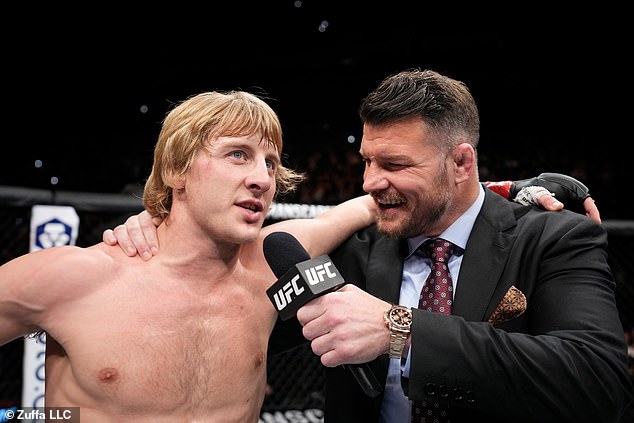 While Pimblett admitted the fight wasn’t ‘as clean as I like’, he basked in his latest triumph and is eyeing a trip to Anfield next, before issuing an unusual callout.

‘It wasn’t as clean as I like, but are you not entertained? I’m never ever in a boring fight lad, I have to get a punch in the face to wake up. That was only a 5/10 because he caught me with a nice punch, I failed with the first takedown attempt.

‘See this arena, the O2? Too small. Get me to a stadium, get me to Anfield and we will fill it.

‘Who I want to fight? Mark Zuckerberg. I’m sick of you lad, shutting my Instagram accounts down. You’re the biggest bully going lad.’

Pimblett clashed with undefeated Georgian Ilia Topuria at the fighter hotel earlier this week and the Scouser was called out after the 25-year-old brutally knocked out Jai Herbert.

But the Liverpudlian brushed off any potential clash with Topuria. ‘Mr Hand Sanitizer boy… lions don’t concern themselves with the opinion of sheep.’