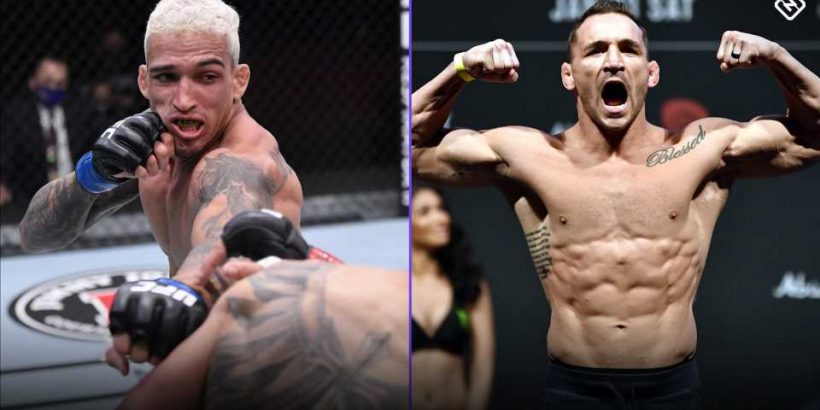 Khabib Nurmagomedov’s recent retirement left the UFC lightweight title vacant. That vacancy will be filled Saturday night at UFC 262 when Charles Oliveira and Michael Chandler meet in Houston’s Toyota Center to determine the new king of the 155-pound division.

Oliveira is one of the longest-tenured UFC fighters, the Brazilian having spent over a decade with the promotion. Chandler signed with the UFC just eight months ago. It took 27 fights for Oliveira to get his first opportunity at UFC gold while Chandler, the former Bellator champion, needed only one fight to prove himself worthy for a seat at the table.

Oliveira enters the fight riding an eight-fight winning streak. He recently dispatched former interim UFC lightweight champion Tony Ferguson in dominant fashion at UFC 256. He finished seven of those last eight opponents inside the distance. Chandler made his promotional debut at UFC 257 and knocked out Dan Hooker in the first round.

With Dustin Poirier, Conor McGregor and Justin Gaethje all having had their opportunity at the championship, the UFC decided that two fresh faces would enter the title picture, with one leaving with gold around his waist Saturday.

Sporting News will provide live updates of the lightweight championship fight and the main card.

UFC 262: Oliveira vs. Chandler takes place Saturday, with the early prelims at 6:30 p.m. ET and the pay-per-view main card beginning at 10 p.m. ET. Oliveira and Chandler should enter the Octagon around 12:15 a.m. ET, depending on the length of the undercard bouts.

How to watch UFC 262: Oliveira vs. Chandler

The main card for UFC 262 is available in the U.S. on the ESPN+ subscription streaming service for a pay-per-view cost. That portion of the event begins at 10 p.m. ET.

Earlier fights are viewable live on ESPN, the WatchESPN app and, for the early prelims, UFC Fight Pass.