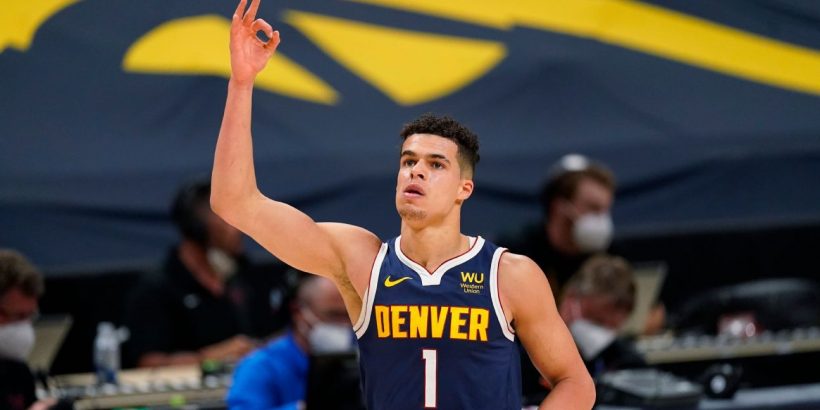 The Denver Nuggets and forward Michael Porter Jr. have agreed on a five-year designated maximum extension that could be worth up to $207 million, Porter’s agent Mark Bartelstein of Priority Sports told ESPN’s Adrian Wojnarowski.

Porter will hit that $207 million number if he makes one of the three All-NBA teams this season. Otherwise, he will get the five-year rookie max of $172 million.

The deal marks the fourth max rookie contract extension to be handed out this offseason, a group that includes Dallas Mavericks guard Luka Doncic, Atlanta Hawks guard Trae Young and Oklahoma City Thunder guard Shai Gilgeous-Alexander. The other player to agree to a rookie extension so far is Boston Celtics center Robert Williams, who agreed to a four-year, $50 million contract extension earlier this offseason.

Porter and the Nuggets have spent the offseason working on the deal — a complicated one due to the combination of Porter’s talent and his history of back issues. It’s a situation reminiscent of the one the Philadelphia 76ers went through with superstar center Joel Embiid, who missed the first two seasons of his career due to injury but has gone on to become one of the NBA’s best players, and this offseason agreed to a supermax contract extension to remain in Philadelphia for the long term.

Now Porter — a 6-foot-10 forward with elite scoring skills, having averaged 19 points while shooting 54.2% from the field and 44.5% from 3-point range last season — has done the same with Denver.

The agreement with Porter means Denver’s top four players — reigning NBA MVP Nikola Jokic, Jamal Murray, Porter and Aaron Gordon — are all signed to long-term deals to stay with the Nuggets, who are hoping they can form the core of the first NBA Finals team in Nuggets history.

Porter will play an especially important role this season as Murray recovers from the torn ACL he suffered last March in a game at Golden State.

The extension is a testament to Porter’s remarkable comeback story. He was one of the top prep prospects in the country prior to enrolling at the University of Missouri in 2017. A back injury, however, forced him to miss all but three games of his lone season with the Tigers. The same issue caused him to slip all the way to the 14th pick in the 2018 NBA draft, when Denver Nuggets president of basketball operations Tim Connelly decided the opportunity to add a talent like Porter was worth the risk.

Porter would go on to miss the entire 2018-19 season after undergoing another back surgery shortly after Denver drafted him. But after returning to the court for the 2019-20 season, Porter quickly began to show the talent that made him such a highly touted prospect in the first place, helping Denver reach the Western Conference finals for the first time since 2009. He then took a significant step forward last season after moving into the starting lineup on a full-time basis.