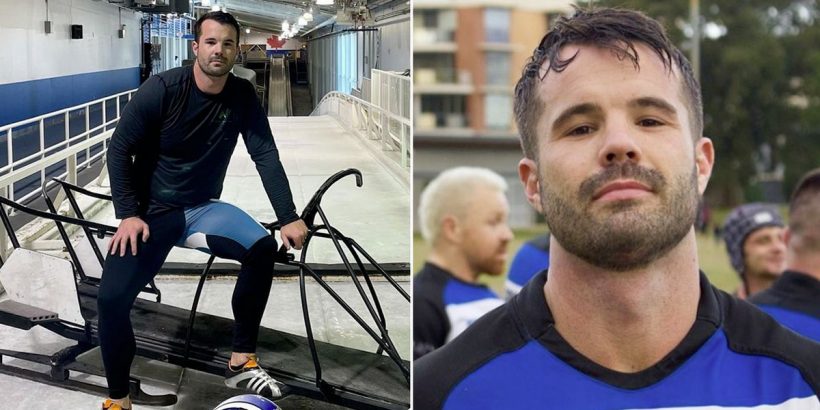 Australia’s first gay bobsledder and former rugby league star Simon Dunn has passed away at the age of 35.

Dunn’s body was found after police were called to his Sydney apartment on Saturday morning. His agents Ruby Rose Management confirmed the tragic news.

A New South Wales Police spokesperson told Star Observer: “About 10 am on Saturday, January 21, 2023, police were called to a unit on Crown Street, Surry Hills, after reports the body of a man had been found inside.

“The body is believed to be that of the 35-year-old occupant. Officers from Surry Hills Police Area Command have commenced inquiries into the circumstances surrounding his death, which is not being treated as suspicious.”

Dunn started his rugby league career at Sydney Convicts before moving to Canada to further his playing career. While there, he was presented with an opportunity to try out for the Australian bobsleigh team.

He succeeded in becoming the first out gay man to make the national team. Dunn retired from the winter sport in 2016, before joining gay London rugby side Kings Cross Steelers and later returning to Sydney.

In 2021, the New South Wales man announced he was coming out of retirement to compete in the 2022 Winter Olympics in Beijing as a bobsledder. He began training with the team but suffered a ruptured bicep which saw him miss out.

Dunn was shortlisted for the Australian LGBTI Awards Sports Personality of the Year both in 2018 and 2019. His agents said he was loved around the world for his work for the gay community.

Ruby Rose Management’s statement read: “Simon was passionate about giving back to the community and volunteering, he gave his time, and utilising his profile, to help multiple charities.

“Like all great ambassadors, he had his favourites which included Bobby Goldsmith Foundation, Give Out Day and Pride in Sport.”

“The face of the global Gay Uncles Day, he has left his loving and supporting mother, sister and nephews & niece, the place he would go when he wanted a piece of reality, or just peace in his reality.”

If you or someone you know is struggling and needs to talk, call the free Samaritans helpline 24/7 on 116 123. You can also email [email protected] or find your local branch online.