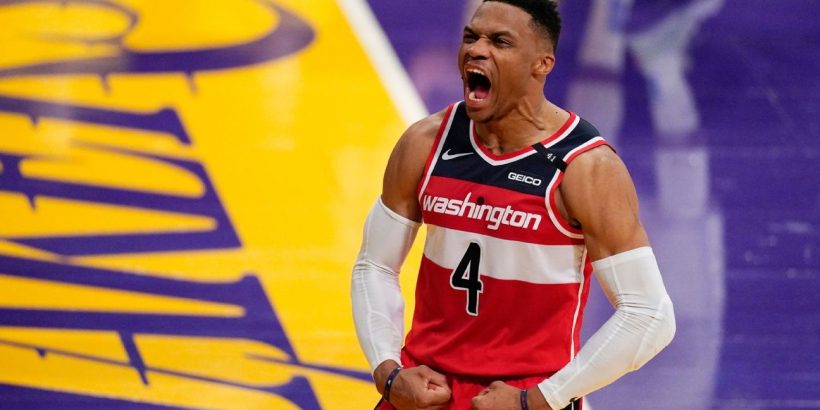 RUSSELL WESTBROOK IS many things as a basketball player — aggressive, explosive, inefficient — but most of all he is decisive. A man of action, the saying goes. When there is no shot, he will create one. When there is no path to the basket, he will find one — through sheer force of will or chutzpah.

So in the summer of 2019, while the rest of the NBA world fretted over who reigning NBA Finals MVP Kawhi Leonard would choose between the Toronto Raptors and his hometown Los Angeles Lakers or LA Clippers, Westbrook was coming up with a plan to collaborate with him on a homecoming.

Westbrook had become a father of three the previous November, and while he’d made a home and carved a Hall of Fame legacy in Oklahoma City, the chance to live and play in Los Angeles, where grandparents and his large extended family and friends could visit every day, held deep appeal.

Teaming up with Leonard would be the fastest way there, so he placed the call, according to multiple sources. But Leonard didn’t just take the call as one native son of Los Angeles to another, ponder it and file it away.