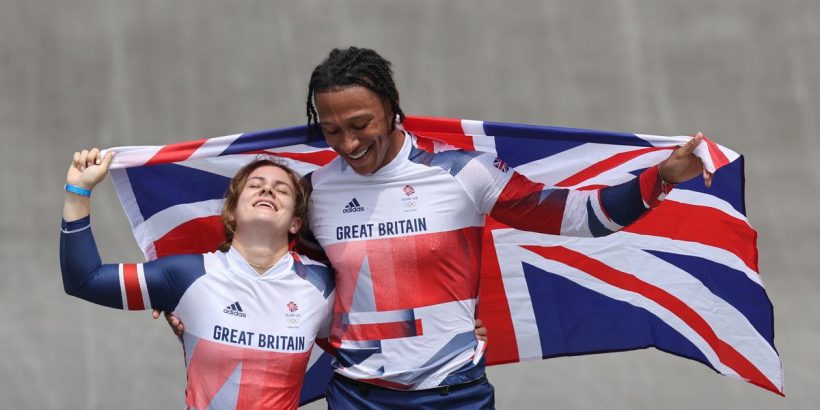 Great Britain have won their latest Olympic gold on Friday morning thanks to Bethany Shriever in the women's BMX racing final.

Just minutes after team-mate Kye Whyte claimed Team GB's first Olympic medal in the event with silver in the men's, Shriever made history by going one better.

The 22-year-old was lifted into the air by Whyte as they celebrated the results.

"Honestly, I'm in shock. To even be here is an achievement in itself," she said after his historic feat.

"To make a final is another achievement in itself. To win a medal, let alone a gold medal, I'm over the moon.

"It wasn't my goal – results are out of our control. To keep to my routine and keep cool around the track, I managed to hold and earn the win. It is crazy.

Many UK fans will have been sound asleep during the win, due to the time difference in Tokyo.

Shriever needed crowdfunding to even make it to Tokyo and almost missed the Games this summer.

As for Whyte, he is dubbed the 'Prince of Peckham' due to growing up in south London.

And Shriever was delighted for her close friend and fellow BMX star.

"I was watching him as I was going up. I was almost crying because he got a silver. I had to keep [my cool] and reset and just dig in. I gave it everything I got," she added.

"I had nothing left, the lactic acid was crazy. I gave it absolutely everything I had."