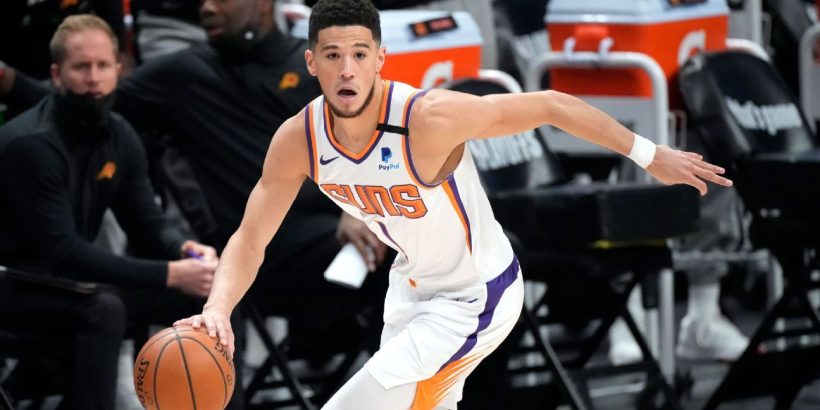 Booker, the Phoenix Suns’ All-Star guard, tweeted Monday that he wanted to know the identity of the Suns fan who was recorded punching a Denver Nuggets fan several times in the closing minutes of the Suns’ Game 3 win in Denver on Friday — and then declaring “Suns in 4!” as the Denver supporter and his friend retreated.

It didn’t take long for Booker’s representatives at CAA to find Nick McKellar, a lifelong Suns fan who now lives in Denver. Booker and the Suns are going to send McKellar a signed Booker jersey and provide him tickets to a conference finals game, both Booker’s reps at CAA and McKellar told ESPN.

Cellphone recordings that quickly went viral showed one Nuggets fan moving to walk out of Ball Arena in Denver before turning to swing at McKellar. In several media appearances, McKellar has said he was exchanging good-natured trash talk with surrounding Denver fans for much of the game — and that he fought back only to defend himself. The recording and other eyewitness accounts in local media have backed McKellar’s statements. Surrounding fans cheered McKellar after the altercation ended. There has been no police involvement, according to local media reports.

It is unclear which game McKellar will attend. The Suns are awaiting their conference finals opponent and the specific schedule for the series, which depends on whether the conference semifinals between the Utah Jazz and LA Clippers extends to seven games. The Clippers lead that series 3-2. The two teams play Game 6 in Los Angeles on Friday.