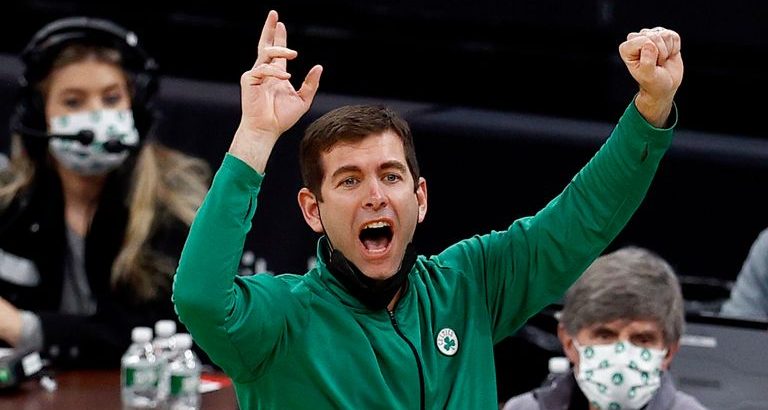 Boston Celtics coach Brad Stevens turned down a seven-year, $70m offer from the Indiana Hoosiers last month, according to ESPN.

That deal would have made Stevens by far the highest-paid coach in college basketball, eclipsing John Calipari’s $8m salary at Kentucky.

Stevens said at the time he was flattered his name was being linked with the vacant job at Indiana, but insisted he was staying put.

“I said it the other day: I’m not [considering it],” Stevens said last month.

“And I tried to say it as clearly as I could and also make sure that people understand that that place to me is special. Because I don’t want to make it sound like it’s not. But, like I said the other day, I’m so grateful to this organization, and to the people here, and for all that they’ve done for us.”

Stevens built his coaching reputation in the state of Indiana at Butler. He led the Indianapolis school to five NCAA Tournaments in six seasons, including two Final Fours. The Bulldogs lost to Duke, 61-59, in the 2010 title game and to UConn the following year.

Boston hired Stevens before the 2013-14 season, and he has a 349-272 regular season record in the NBA. The Celtics have made the playoffs each of the past six seasons, advancing to the Eastern Conference finals three times.

Stevens, 44, signed an extension with the Celtics in August, but terms were not released. He originally signed with the team in 2013 for $22m over six years.

Boston currently sits at fifth in the Eastern Conference and are on a six-game winning streak after victories against the Knicks, Timberwolves, Nuggets, Blazers, Lakers and Warriors. They face Chicago Bulls at the TD Garden on Monday night.