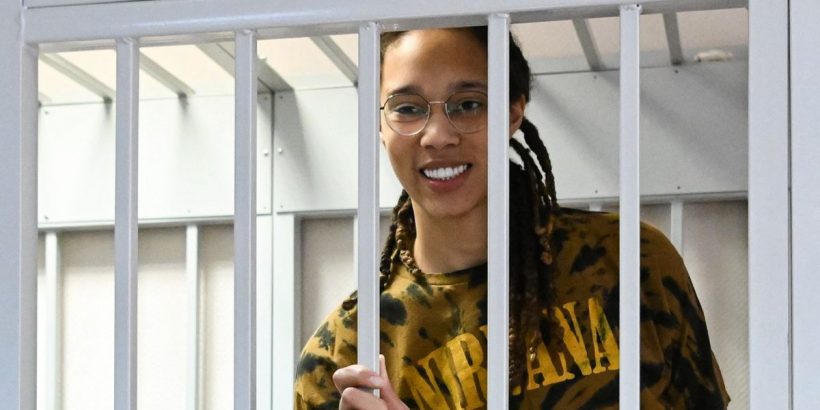 US basketball star Brittney Griner is to appeal her nine-year prison sentence, according to reports from Russia. Her lawyer Maria Blagovolina was quoted as stating the appeal was filed but the grounds for it are currently unclear.

After the conviction, Blagovolina and co-counsel Alexander Boykov said the sentence was excessive given that in similar cases defendants were jailed for an average of five years, with approximately a third of them granted parole.

The 31-year-old was jailed for drug possession on August 4, nearly six months after she was arrested in February at Moscow's Sheremetyevo Airport after vape canisters containing cannabis oil were found in her luggage. The American was in Russia playing for Yekaterinburg during the WNBA offseason.

READ MORE: Brittney Griner may be part of 'prisoner swap' with Russian 'Merchant of Death' in weeks

Prior to her conviction, the US State Department declared Griner to be “wrongfully detained.” Secretary of State Antony Blinken then revealed last month that the US had made an effort to bring Griner back home, along with Paul Whelan, an American serving a 16-year sentence in Russia for espionage.

Furthermore, the Associated Press and other news organisations reported the US offered to free Viktor Bout, a Russian arms dealer who is serving a 25-year sentence in the US in exchange for the Griner and Whelan.

On Sunday, a senior Russian diplomat said exchange talks have been conducted. “This quite sensitive issue of the swap of convicted Russian and US citizens is being discussed through the channels defined by our presidents," Alexander Darchiev, head of the Foreign Ministry’s North America department, told state news agency Tass.

"These individuals are, indeed, being discussed. The Russian side has long been seeking the release of Viktor Bout. The details should be left to professionals, proceeding from the ‘do not harm’ principle.”

Griner admitted to packing in "too great a hurry" and, in the process, took vape cartridges containing the substance in her luggage by accident.

Joe Biden has since hit out at the damning verdict and has vowed to fight for Griner's freedom.

The US President said: "Ms Griner received a prison sentence that is one more reminder of what the world already knew: Russia is wrongfully detaining Brittney. It’s unacceptable, and I call on Russia to release her immediately so she can be with her wife, loved ones, friends, and team-mates.

"My administration will continue to work tirelessly and pursue every possible avenue to bring Brittney home safely as soon as possible."